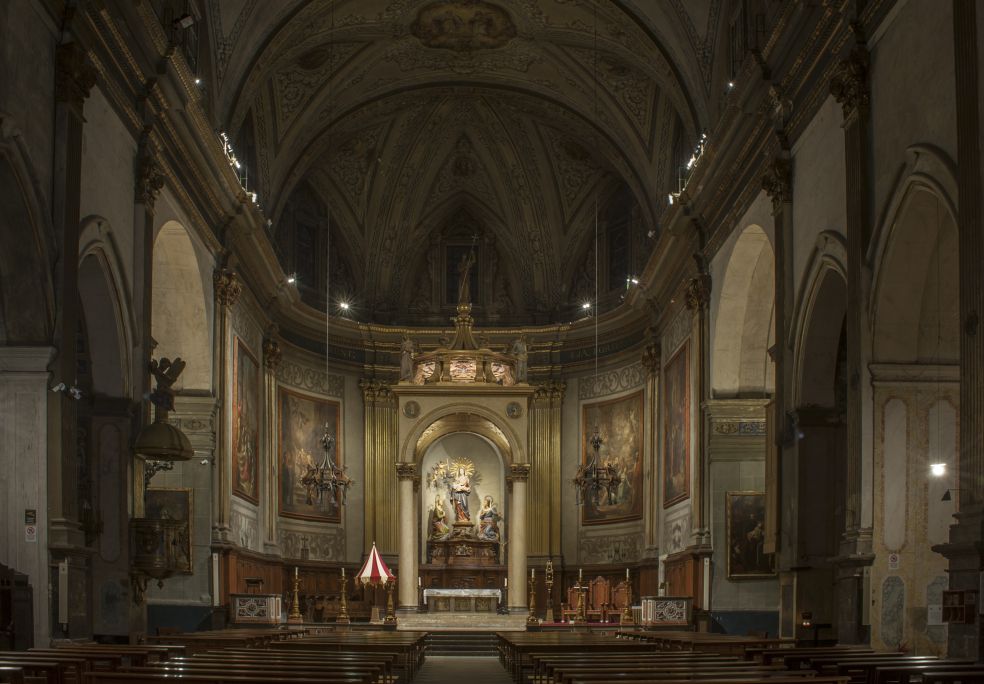 From the 18th century onwards, the outstanding feature of the presbytery in the basilica was a monumental baroque altarpiece. Carles Moretó began its construction in 1761 and it was completed by Salvador Gurri. The central sculptural group comprised the images of Mary with the infant Jesus and Saints Juliana and Semproniana.

On the sides there were four large canvases with scenes from the lives of the Saints created by Pere Pau Montanya, one of which was finished by his son-in-law, Joan Giralt, in 1804.

After the altarpiece was destroyed during the Civil War, the restoration of the presbytery was entrusted to the architects Lluís Bonet, Lluís Gallifa and Miquel Brullet, who opted for an eclectic solution to highlight the importance of the altar as the centre of Christian worship, covered by a great baldachin in accordance with the liturgical movement of the era.

The sculptural part was the task of Joaquim Ros i Bofarull, who, between 1949 and 1959, produced, among other works, the images of Our Lady of La Candelera and the Saints and those that adorn the baldaquin canopy.

At the same time, Rafael Estrany was responsible for the restoration of the three paintings that had been saved from the destruction. The fourth canvas, lost during the conflict, was entrusted to Jordi Arenas, who re-created the painting by Joan Giralt.