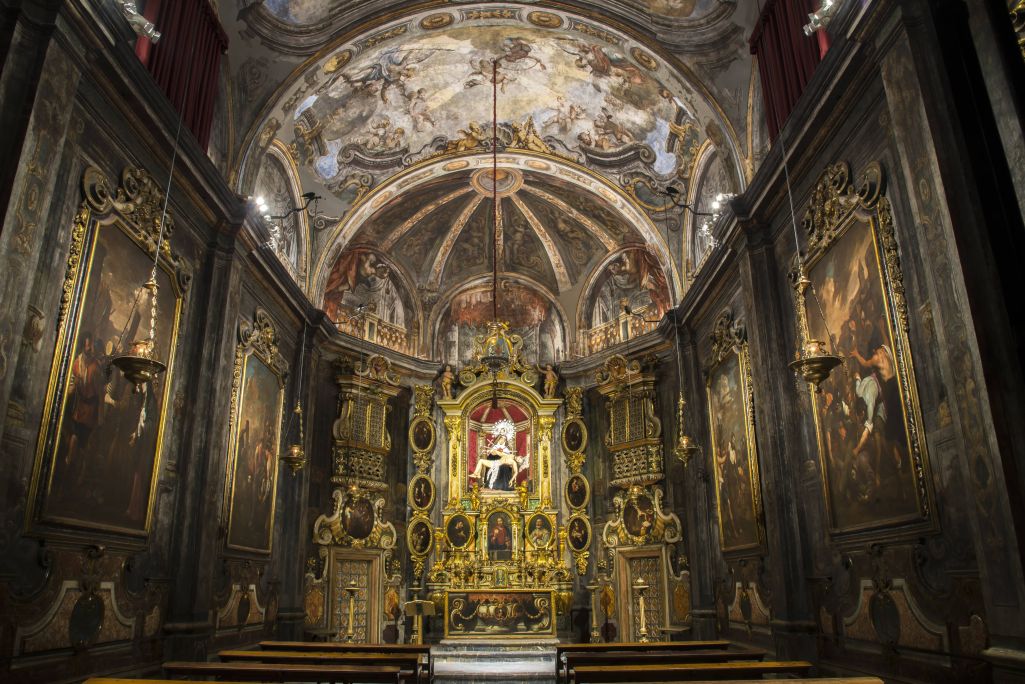 The Dolours ensemble is one of the most important and lavish examples of Catalan Baroque architecture. Initiated before the War of the Spanish Succession (1698) and completed in 1726, it preserves an extraordinary pictorial ensemble from the workshop of Antoni Viladomat i Manalt (1678-1755), regarded as the finest Catalan painter in the first half of the 18th century.

The ensemble, made up of a chapel, sacristy, choir, crypt and assembly hall, was built by the Congregation of Our Lady of Sorrows, founded in Mataró in 1693. Viladomat performed a comprehensive decorative project; he painted the oval fabrics of the altarpiece, those on the walls and the remaining ones in the Assembly Hall, in all probability begun by the painter Joan Gallart.

The chapel contains the cycles of the Seven Sorrows of Mary and the great canvases of the Via Crucis, as well as the trompe-l’oeil of the walls that imitate architectural elements. The roof has a depiction of heaven with the presence of God the Father and Jesus Christ, with the attributes of the Passion and a multitude of playful angels. The central image of Our Lady of Sorrows with the recumbent Christ is the work of Joan Vila.

The Assembly Hall or Chamber is a small eight-sided room that depicts the apostles and evangelists, together with a group of angel musicians and a painting of the Assumption and Coronation of the Mother of God.