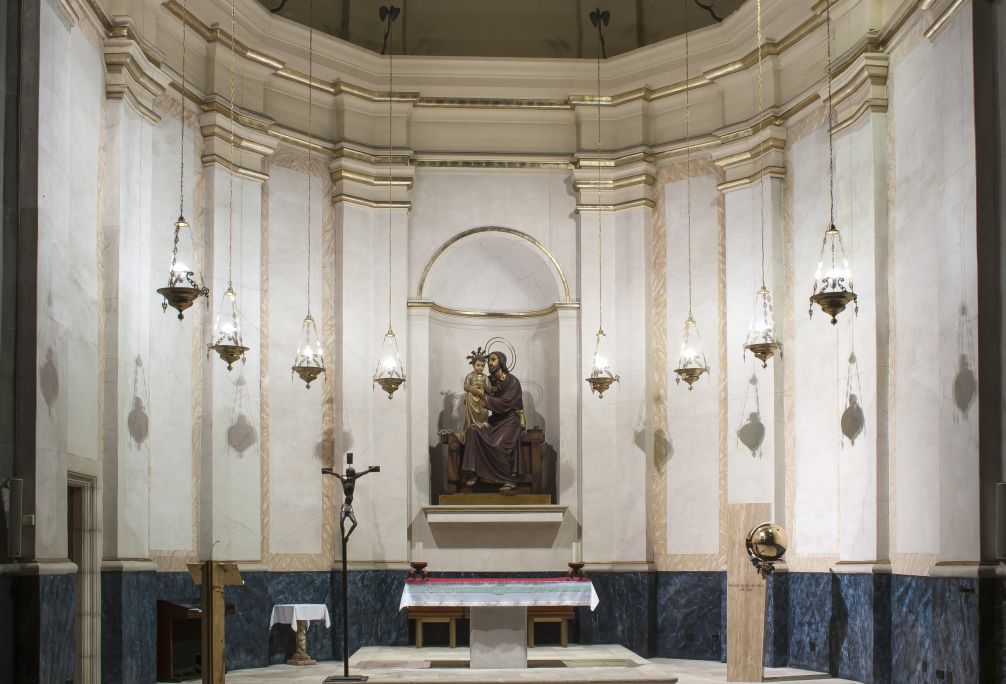 Photo of the Chapel of Sant Josep. Author: Ramon Manent.

The chapel of sant Josep is in the right apse of the basilica, between the sacristy and the main altar. Before 1936, it was the chapel devoted to saint Isidre, the patron saint of the peasantry. A neo-classical altarpiece created by Mataró carpenter Manuel Plana occupied the central area.

After the Civil War, Josep Puig i Cadafalch was asked to tailor the space to a new chapel dedicated to sant Josep. His work consisted of expanding the decoration in the pre-existing Doric style and the placement of ribs around the apse and the alcove, where a sculpture of the Holy Spirit with the infant Jesus, the work of the sculptor Josep Maria Camps Arnau, was placed in 1946. The restoration was completed in 1947 with the installation of eight lamps designed by Puig i Cadafalch.

Two modern pieces have recently been incorporated into the presbytery: a wrought iron sculpture of Christ on the cross by the artist Perecoll and a tabernacle designed by the architect Agàpit Borràs.