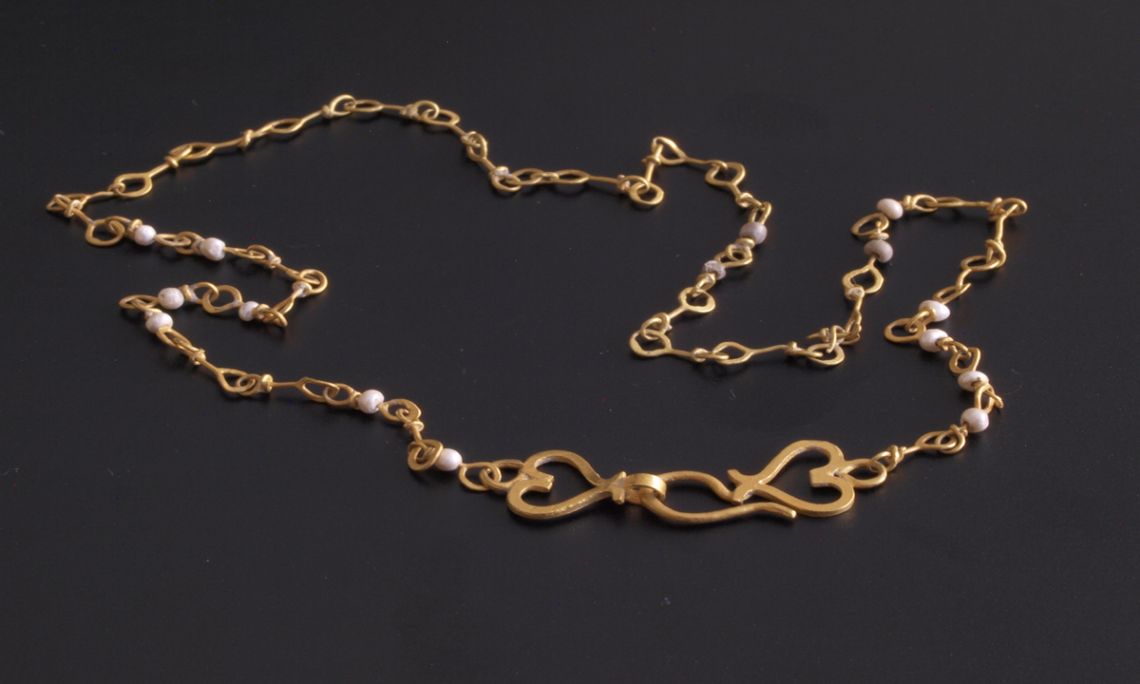 The necklace, made of gold and river pearls, is one of the most singular pieces from Vilauba. Photo by Jordi Banal. Vilauba Roman villa. Monastery of Sant Esteve de Banyoles. Banyoles Regional Archaeology Museum (MACB).

Although it was one of the most important villas in the territory, Vilauba was a modest and functional residence, far removed from the huge and opulent properties that the most affluent and powerful people in the empire possessed. However, luxury was also on show in the villa, as demonstrated by the exceptional find of a gold necklace with threaded river pearls, dating back to between the second half of the 2nd century and the 3rd century AD. The fastener consists of two pieces in the shape of a heart, one finished with a hook and the other with a ring acting as a pin.