Vase from the Neolithic period 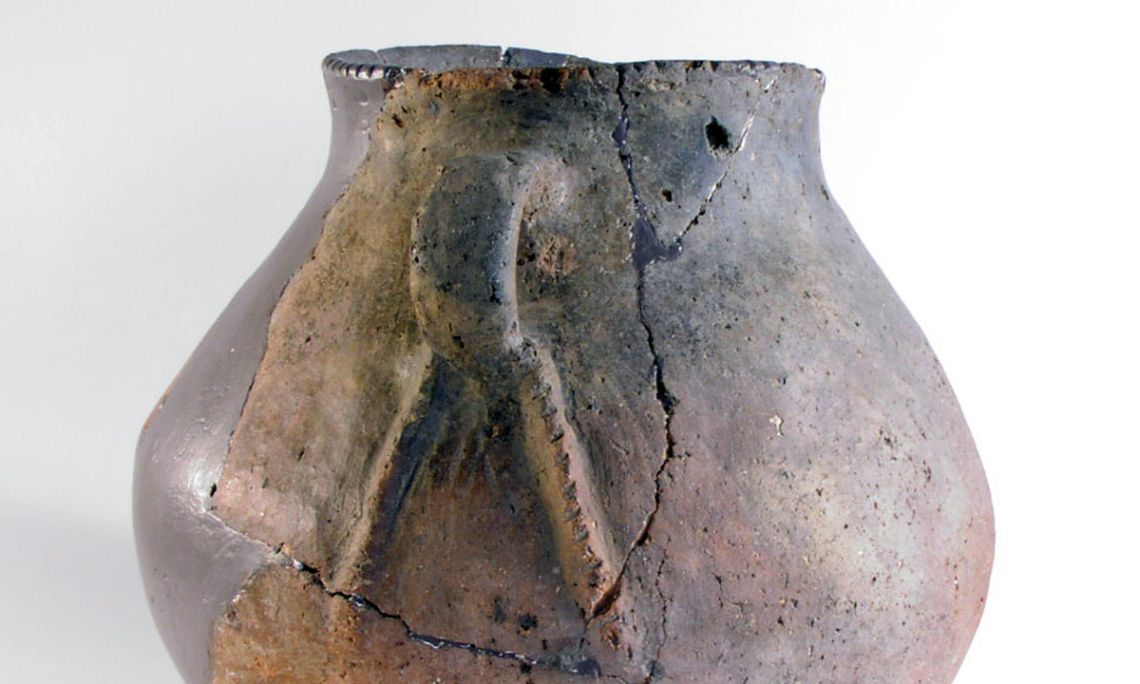 The Neolithic period in Catalonia corresponds with Cardial culture (5500-5000 BC), named after the shell (Cardium edule) they used to decorate their pottery. Towards the end of this era, during the epi-cardial phase (5000-4500 BC), it was customary to bury the dead in burial spaces at the bottom of caves, which were not normally suitable to live in. This is the case for the cave at Mariver (Martís, Esponellà) where this rounded vase was found, used as an offering to the dead.