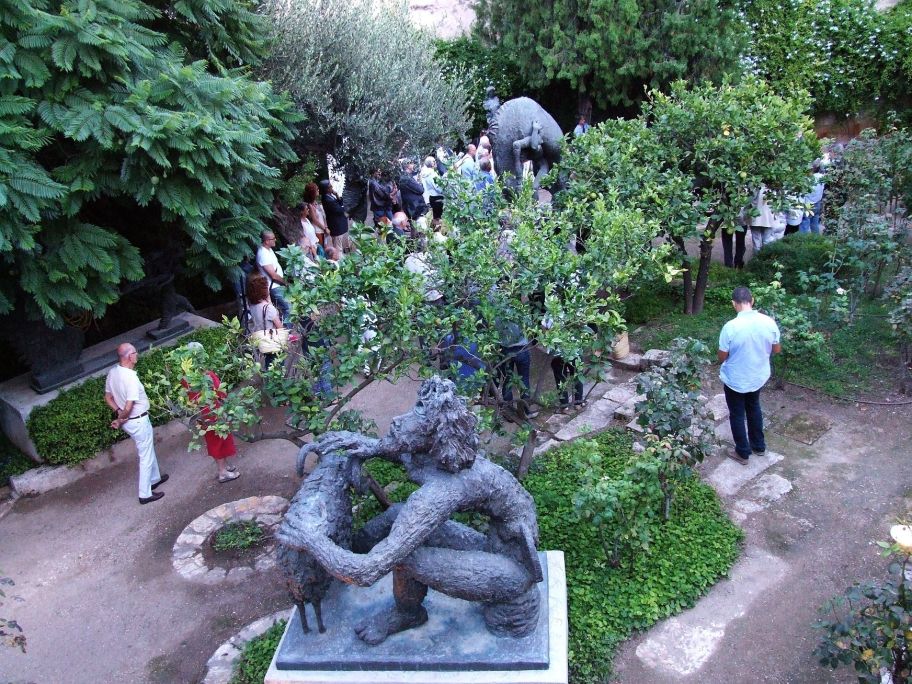 The interior of the Museum with a Mediterranean garden full of bronze sculptures.

In 1957, Fenosa purchased this vast 16th-century residence, located in El Vendrell, in the county of Baix Penedès. He devoted several years to rehabilitating and restoring the house.

Fenosa made both small sculptures, and also those of monumental dimensions, such as Christ for the Church of Christ-Roi of Freiburg (1956-1957); Polyphème à Dôle (1972); the Sphinx of the front of the portal of the Constitutional Council in Paris (1973); the monument to Pau Casals in Barcelona (1976-1977); the relief Saint-Georges terrassant le dragon of Paris (1977); Orlando furioso of Madrid and Montpellier (1971-1973); Le beau temps pourchassant la tempête, brought to Barcelona in 1985 and La Défense of Paris; the bas-relief Ophélia, inspired by Rimbaud, inaugurated in La Défense in 1987, etc.

At the end of the tour of the Museum, the visitor discovers a Mediterranean garden with large-sized sculptures. The garden, designed by Fenosa, is also planted  with lemon trees, olive trees and a cypress. Here are the monumental works that Fenosa had spread around European cities, such as Orlando furioso, the Polyphème, the premiere and variations on the theme Le beau temps pourchassant la tempête, where the sculptor reflected on war and peace.