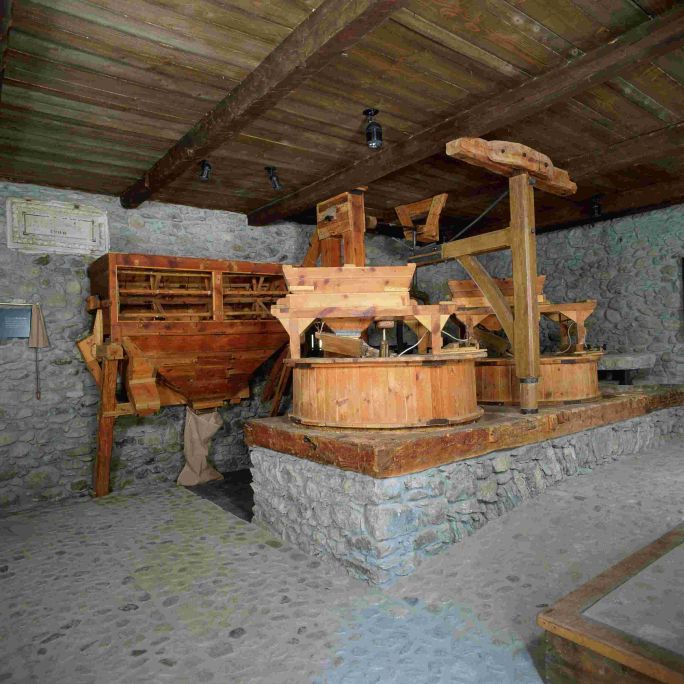 The fireplace was essential in Aranese flour mills.

The miller was responsible for turning the grain into flour, and he used public auctions to lease the mill to the common people, usually for a year. The lease provided certain rights and obligations for a miller, which included making payment partly in kind and partly in currency, maintaining the facilities and tools, and raising a pig for the village which was used as a breeding male. Moreover, the miller’s payment was the punhera, a measure of grain ground by galin that the wheat owner picked by hand.

The transformation began by throwing the grain into the hopper. The grain went down the gutter and fell between the millstones that ground it and sent it out, where it fell into the flour mill. To prevent the flour from falling on the ground, the stones were surrounded by the riscle or box.

Later, a wheel was installed in the mill, which took the milled flour to the sifter, which was responsible for separating the different types of flour. 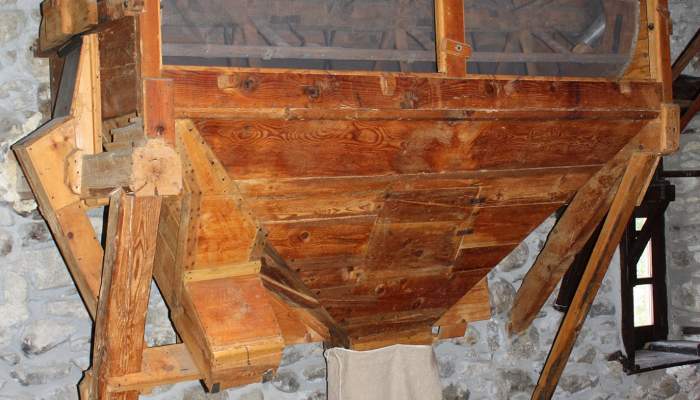 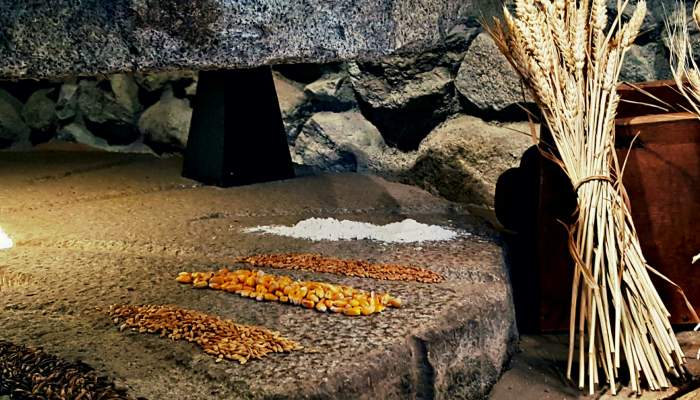 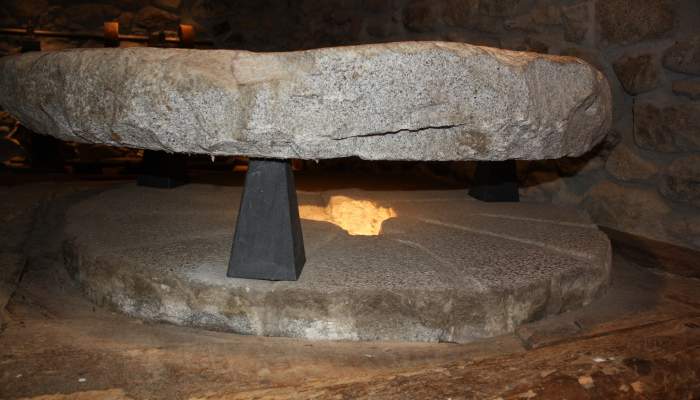