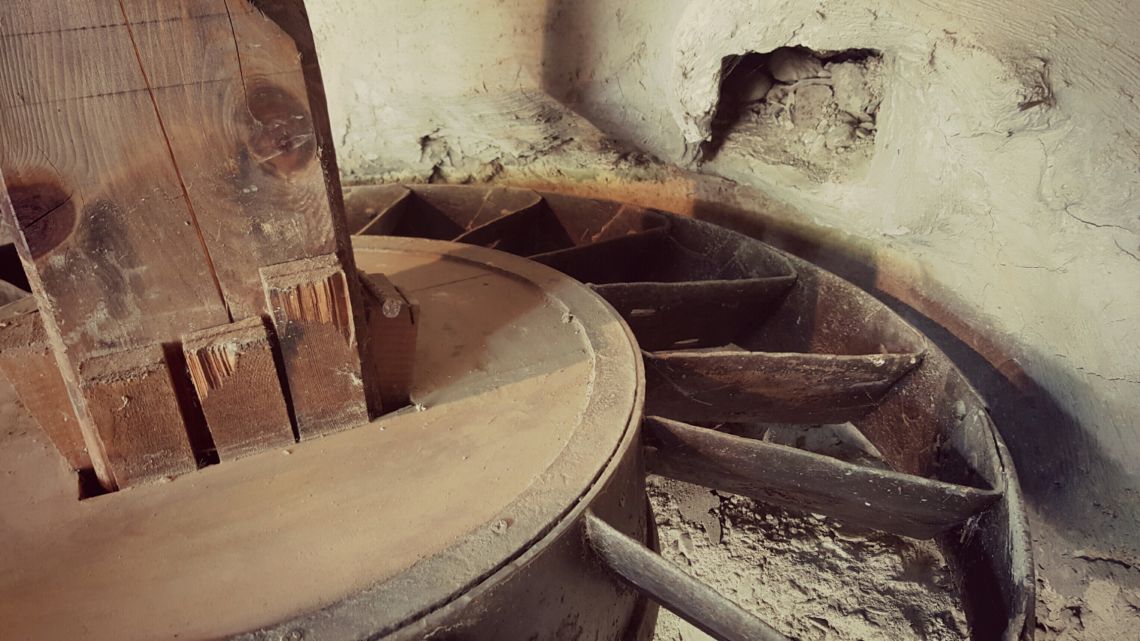 The blades were the most important part of the cartridge. Their operation depended on how they were placed and inclined. Salardú Flour Mill. Musèu dera Val d'Aran.

The roller was the core of the mill, through which the hydraulic energy was turned into mechanical energy. It was a circular wheel with blades around the radius, placed horizontally on the bench. Water fell through the channel, pushing the blades and spinning the cartridge and the grinding stone at the same time, which was attached by an axle or shaft.

The Mòla de Salardú originally had three cartridges, one of which was later moved to power the sifter.

The oldest cartridge was made of wood reinforced with an iron outer ring.