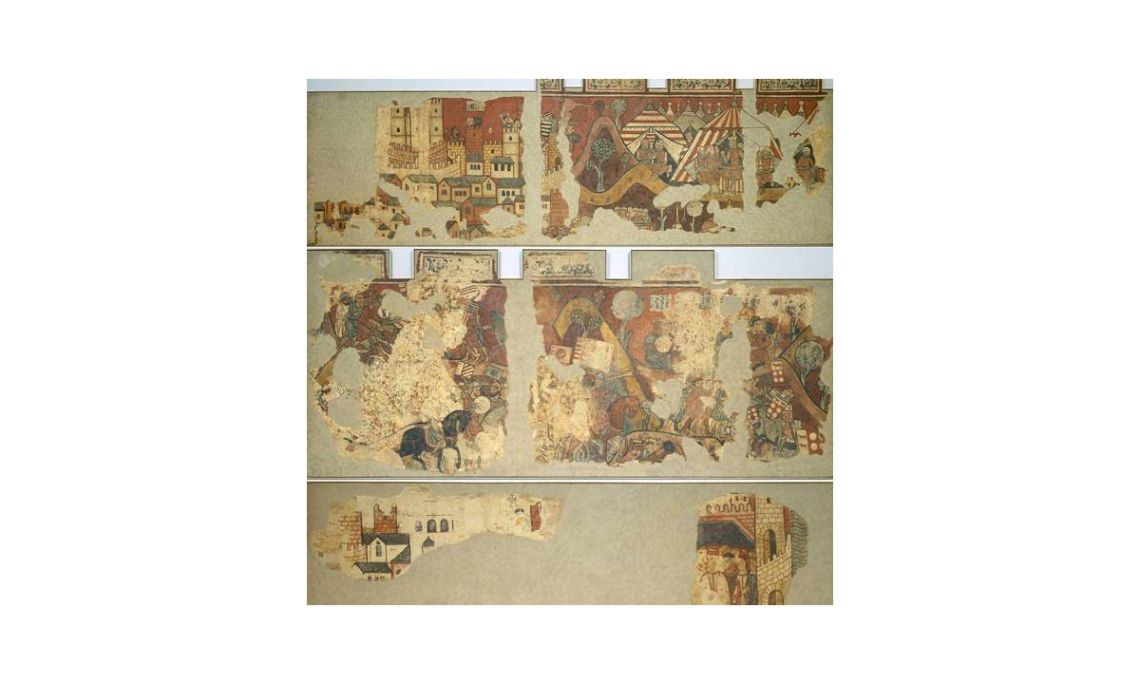 The murals showing the Conquest of Mallorca come from the ancient manor house of the Caldes family on Carrer Montcada, Barcelona, later known as the Palau Aguilar and today the home of the Picasso Museum. Discovered and removed in 1961, they are among the most important examples of Catalan painting in the early or linear Gothic style. They tell the story of the conquest in 1299 of the island of Mallorca by Jaume I ‘the Conqueror’. The paintings narrate the history in episodes that follow the accounts in medieval Catalan chronicles, such as the Llibre dels Feits written by the king James I and the Chronicle of Bernat Desclot.