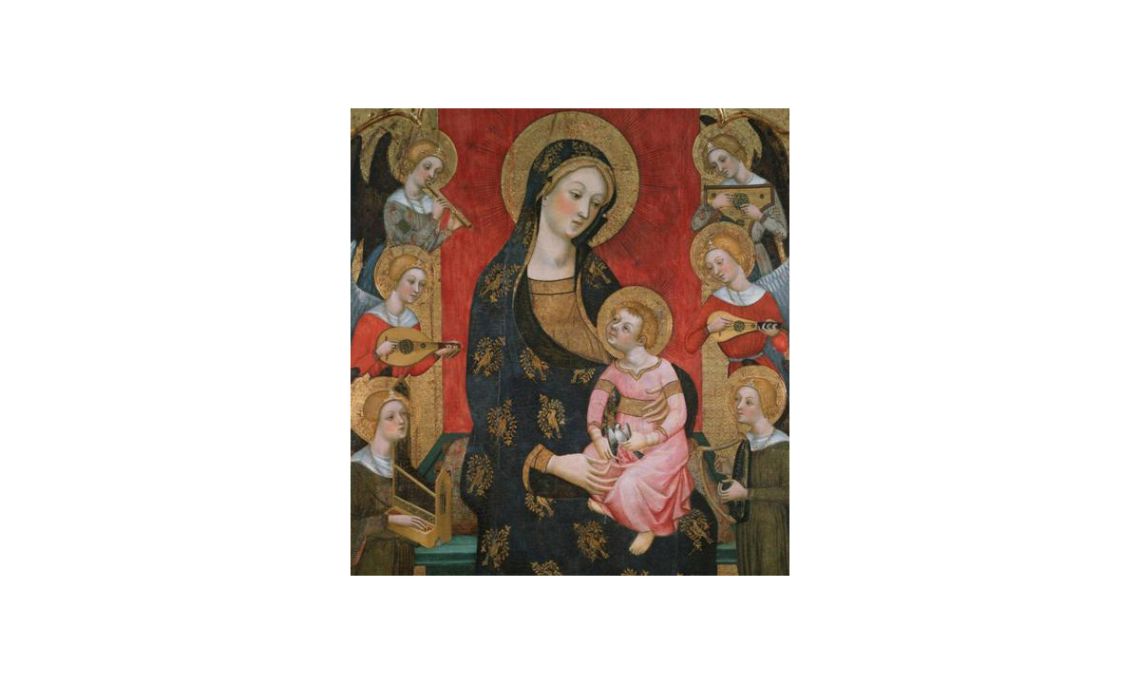 This splendid central panel and the two sections of the predella with saints (which would have originally flanked a tabernacle) are the only parts of the altarpiece to have been preserved. Dedicated to the Virgin, it was painted for one of the chapels of the ambulatory of Tortosa Cathedral, probably around the 1380s.

The panel with Our Lady and her Child, flanked by musician angels, is an iconographic work of great delicacy and refinement and was immensely popular at the time.

Pere Serra, who executed the altarpiece, belonged to a family of painters who rose to prominence in Catalonia in the second half of the 14th century.