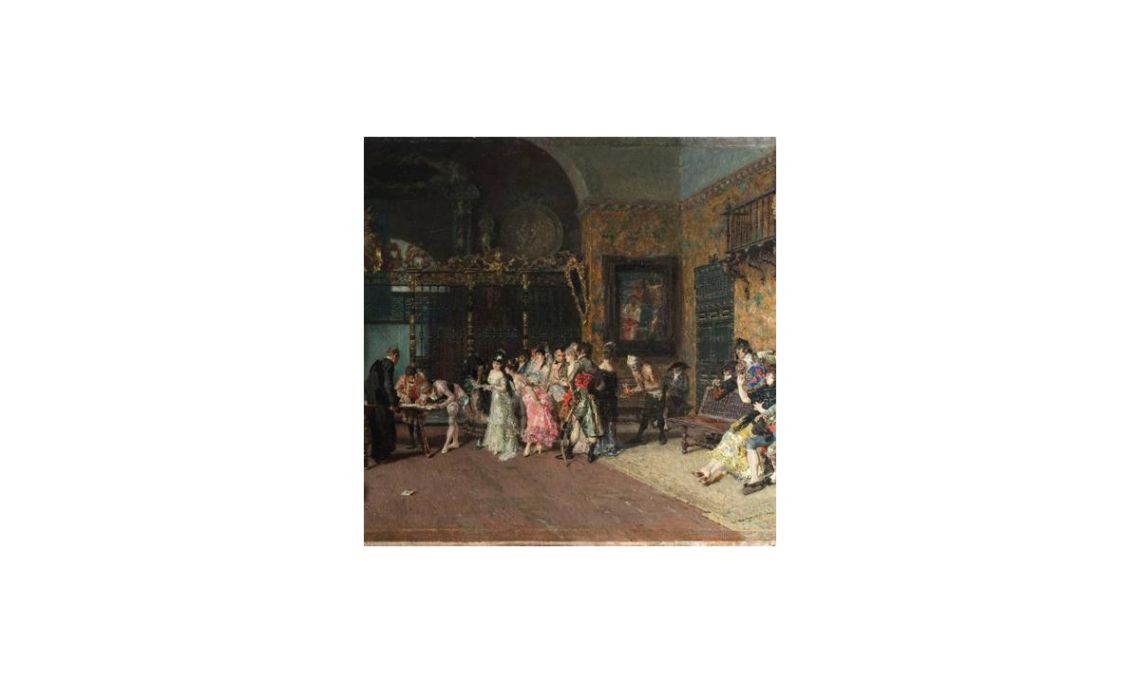 Marià Fortuny was after Goya the most important Spanish artist of the period and achieved international fame in his own lifetime. His fame was partly due to his meticulously crafted genre paintings -called ‘pintura de casaques’ - which were executed with a prodigiously virtuoso technique and depicted scenes set in the 18th century.

The Spanish Wedding shows the signing of a marriage contract and allows Fortuny to add elements that highlight his abundant knowledge and his fascination and admiration for Goya.

This is the second version of the theme painted by Fortuny and marks the highest point of his artistic endeavour in terms of his skilled brushwork and his interest in a rigorous erudite representation of the past, all of which placed him in a privileged position among the artists of his time. This painting met with great success in Paris, where the painter from Reus would become one of the artists beloved by American collectors of the day.