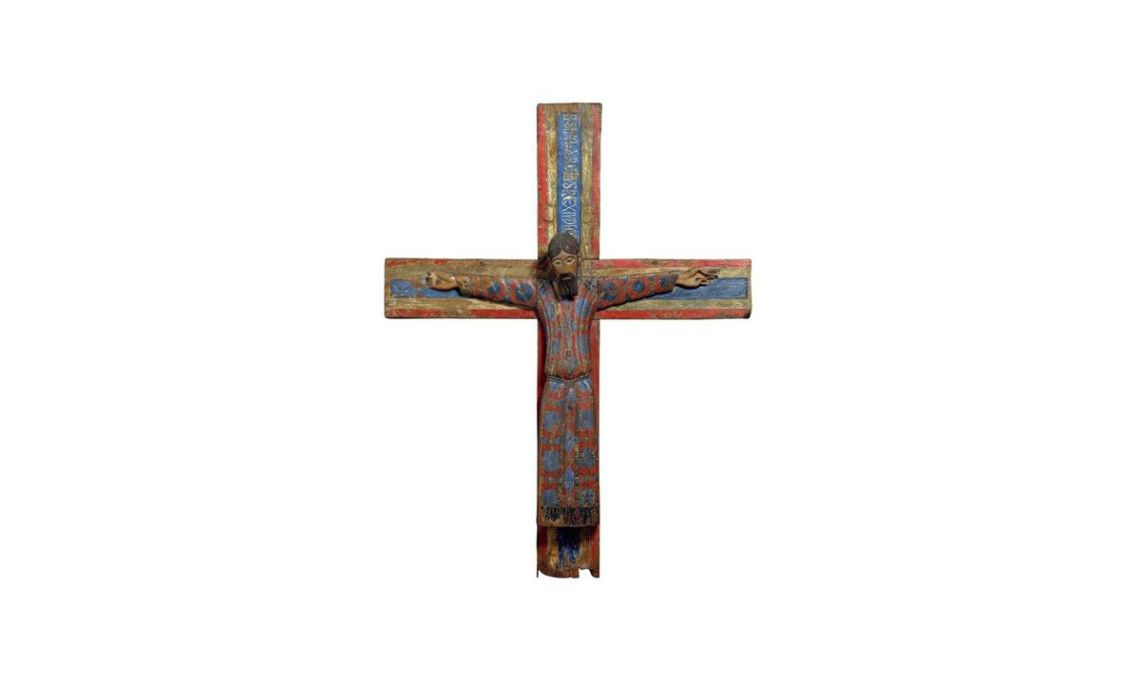 Religious images carved in wood were one of the Church’s principal elements of worship. One of the figures most widely developed in Catalonia was that of the ‘majestat’, images of the crucified Christ dressed in a tunic and often crowned in honour of his triumph over death. One of the best of these is the Majestat Batlló. Its solemnity is emphasised by a frontal, eminently geometrical composition and the luxurious aspect of the tunic, which recalls the refined textiles of Byzantium or Muslim Spain. This figure had an outstanding stereotype in the Volto Santo di Lucca [Holy Face of Lucca] (Tuscany, Italy), which was greatly venerated as from the end of the 11th century.

Analysis of the work has revealed the remains of an earlier painting beneath the current painted surface (between fifty and a hundred years older), of which a virtual reconstruction has been made. The visible decoration is substantially based on blues and reds, while the original was mostly red combined with green and yellow.