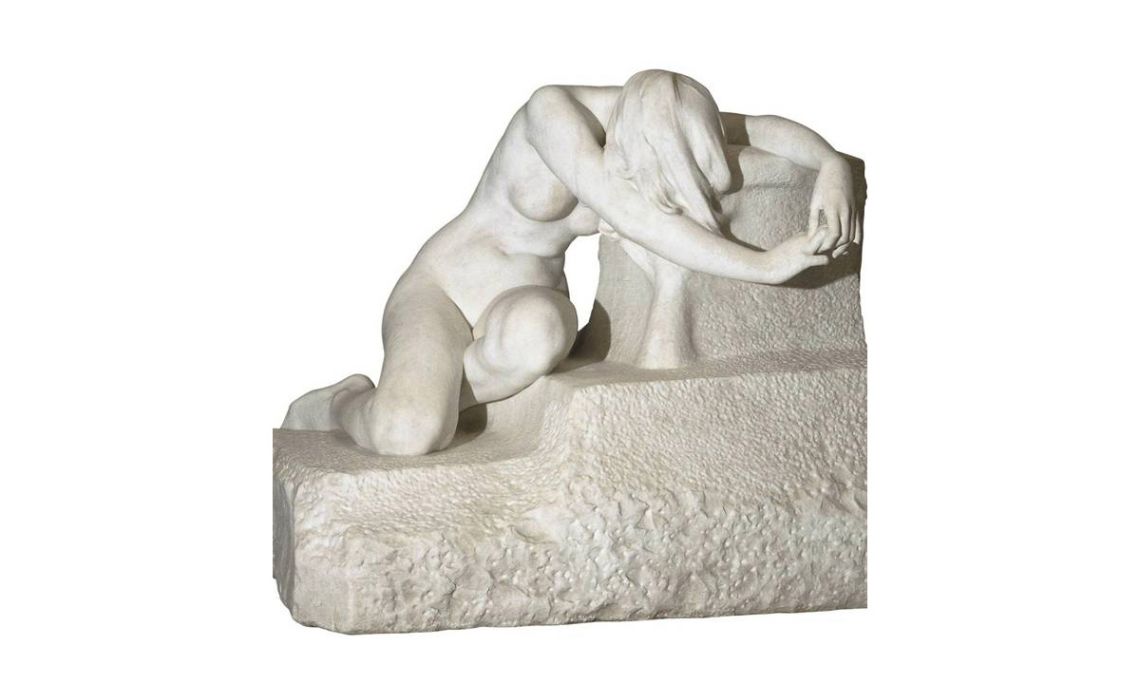 Regarded the best of Catalan modernista sculptors, Josep Llimona founded the Cercle Artistic de Sant Lluc with his brother Joan as a centre for artists with profoundly Catholic conservative beliefs, such as Antoni Gaudí. This group was opposed to the ideas of regeneration propounded by the first modernistes and imposed strict regulations such as banning nude studies.

The eventual modification of this restriction led to the full blossoming of modernista sculpture, of which Desolation is regarded as a masterpiece. The perfect rendering of female anatomy and the model’s chaste, melancholic pose denote a strong symbolist influence.