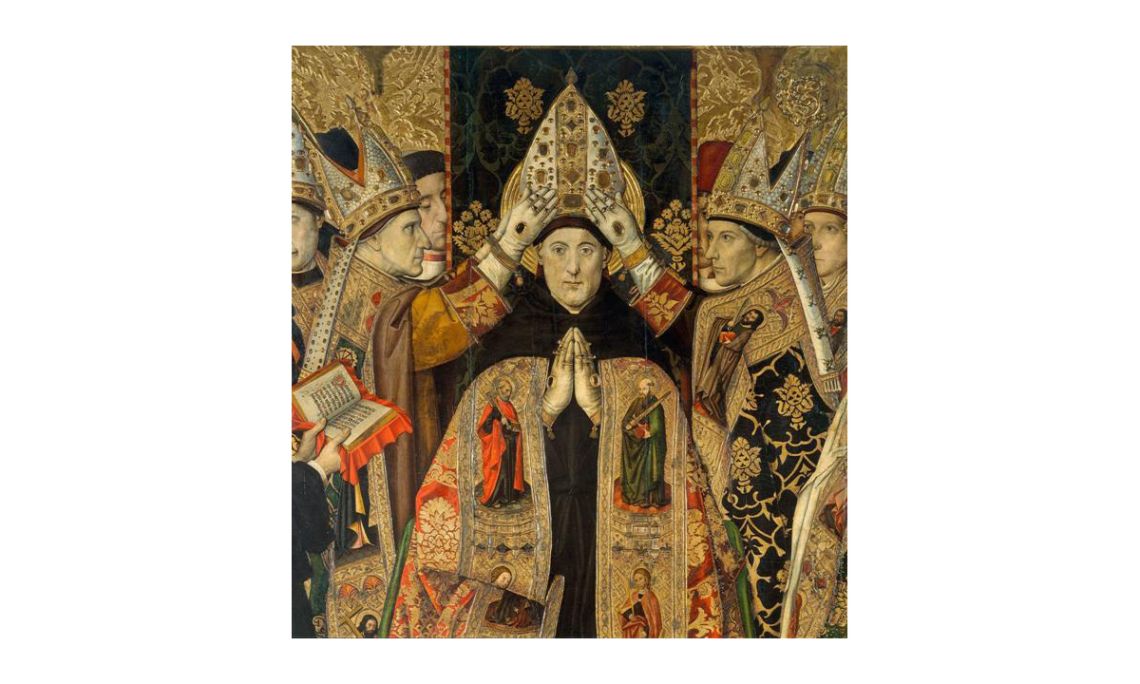 In the 1463 the Guild of Hide Curers commissioned Jaume Huguet to make an altarpiece for the main altar of the church of Sant Agustí Vell in Barcelona. The extraordinary dimensions of the piece, one of the largest in Catalan Gothic art, together with the recession that affected the countryat the time, caused so many delays that the work, to which several of Huguet’s collaborators contributed, was not finished until 1486.

Eight of the panels from this altarpiece have been preserved, seven in the Museu Nacional d’Art de Catalunya and one in the Museu Marès. Given the quality of the composition and the rendering of the Consecration of Saint Augustine, we assume it is by the great master himself.