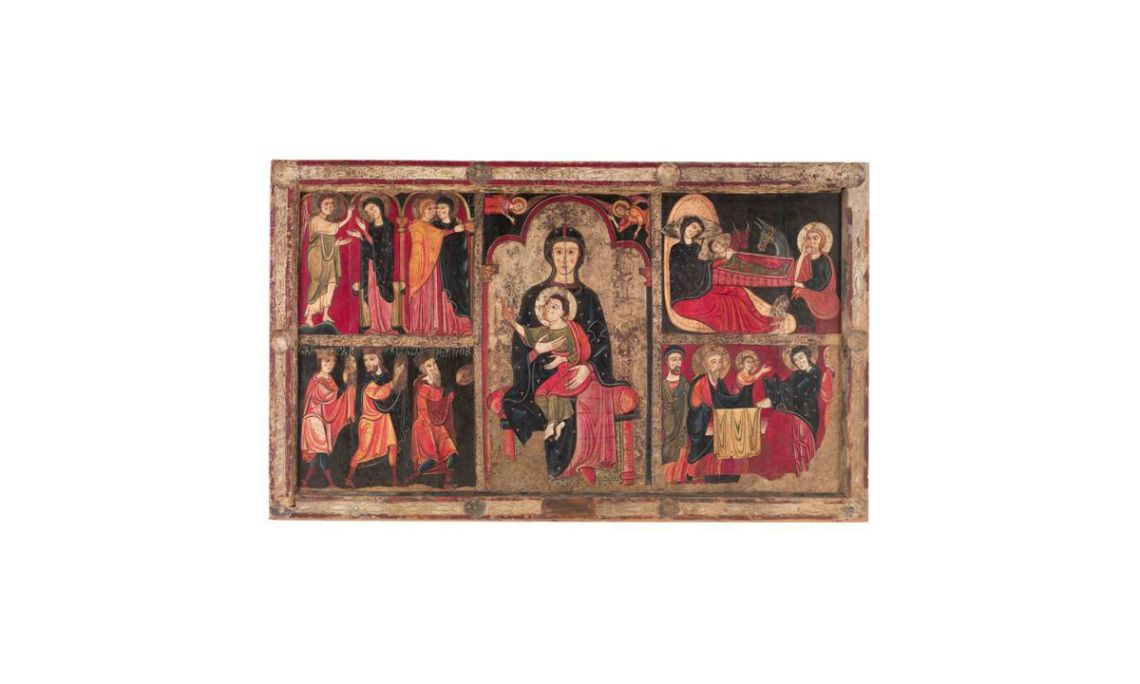 This altar front is an excellent example of art from 1200, which was marked by the influence of the new Byzantine art of the 12th century on the Christian West, through English miniatures and Croatian art. The frontal is centred on the figure of Our Lady as Sedes Sapientiae or the throne of wisdom, with the Child in her lap and flanked by four scenes from the childhood of Jesus. The influence of the Byzantine style is visible in the sculptural forms of the bodies, in the rendering of the faces in three–quarter profile and the remains of gilt ornamental foliage in the background. The position of Mary in the nativity scene, where she reclines on a bale of hay, is also Byzantine in origin.