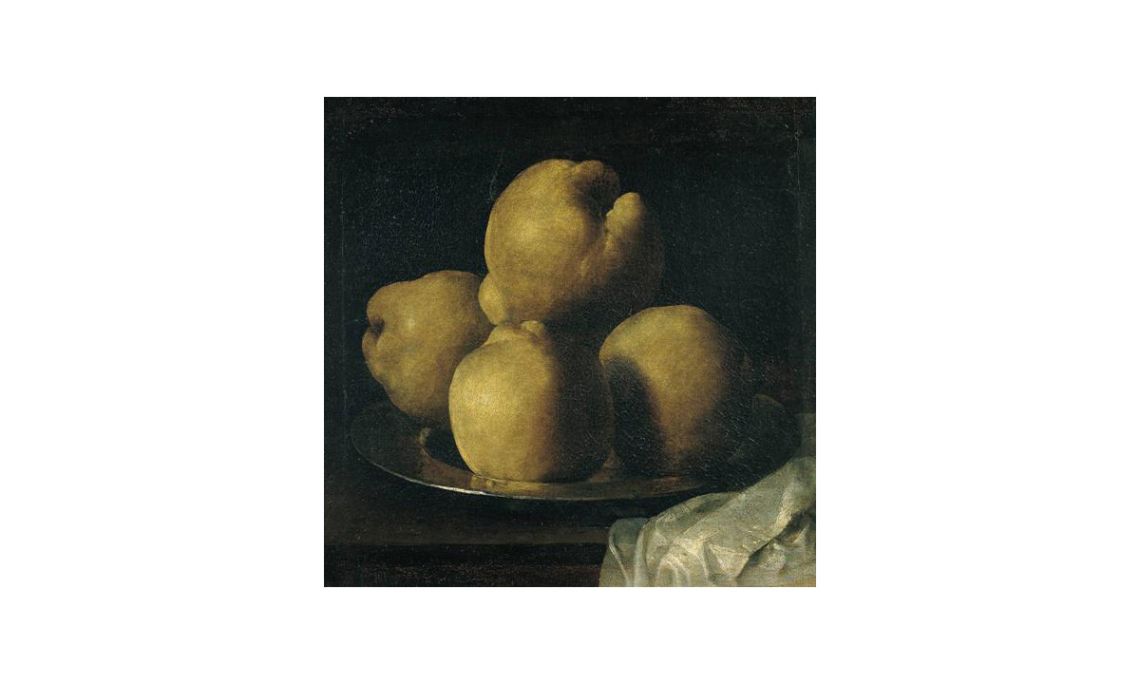 Four life-size quinces stand out against a black background, while a shaft of light from the left models the fruit and reflects their golden colour on the metal of the dish that contains them. Underneath, on the right, there is a white cloth. The original canvas has been placed on a new stretcher and scans suggest that the picture was separated from another larger one to make an independent painting. It may have been a detail from a religious interior scene in which the dish of fruit was an allusion to Redemption, a frequent motif in the works of Zurbarán. There is disagreement about its dating. The brush work and composition indicate that it may have been painted in the 1630s, although it could also be linked to works of the painter’s final period.