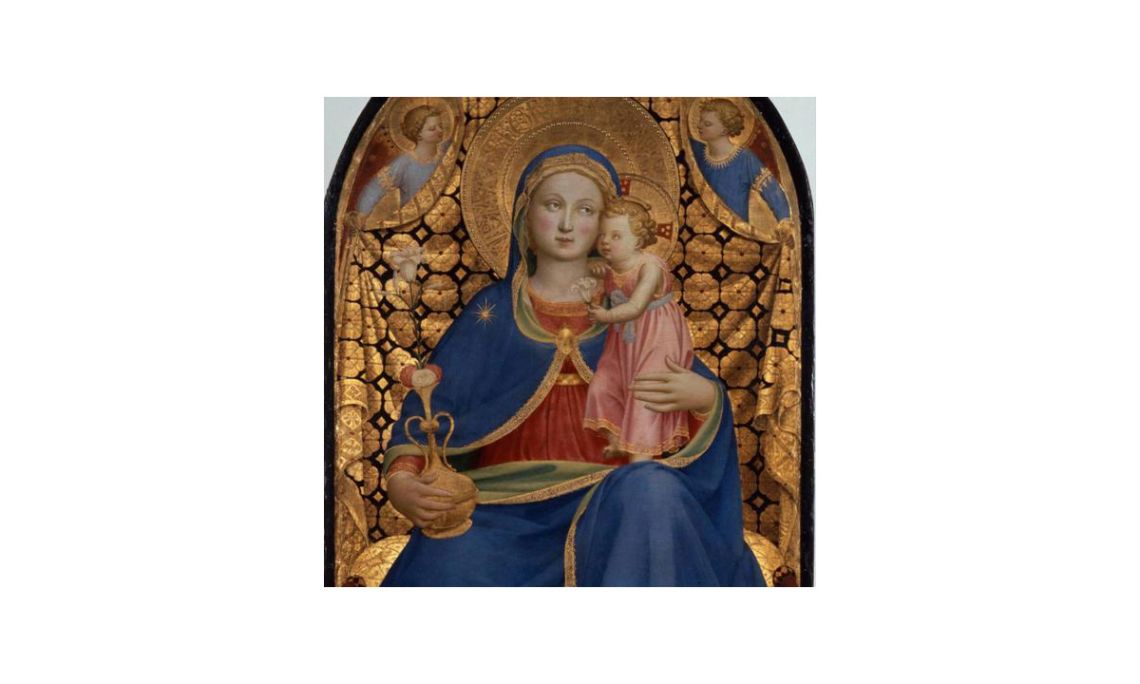 This work,from the Thyssen-Bornemisza collection, is a fine example of the humanist spirit of the Italian Renaissance. The monumental quality of the figures, the rendering of light and the use of colour mark it as a pure example of the style of the Quatrrocento. It has been identified with the work that Giorgio Vasari described in 1568 in the house of the Gondi family in Florence, when it was part of a triptych, attributed to Fra Angelico, that has since been disassembled.

The Virgin, seated with the Child standing on her lap, holds a vase in her right hand containing roses and a lily, symbols of maternity and purity. The Child, who also holds a lily, rests his forehead against his mother’s cheek. They are seated on a throne protected with a rich curtain held by three angels, while a further two angels seated on the floor play the organ and a lute.