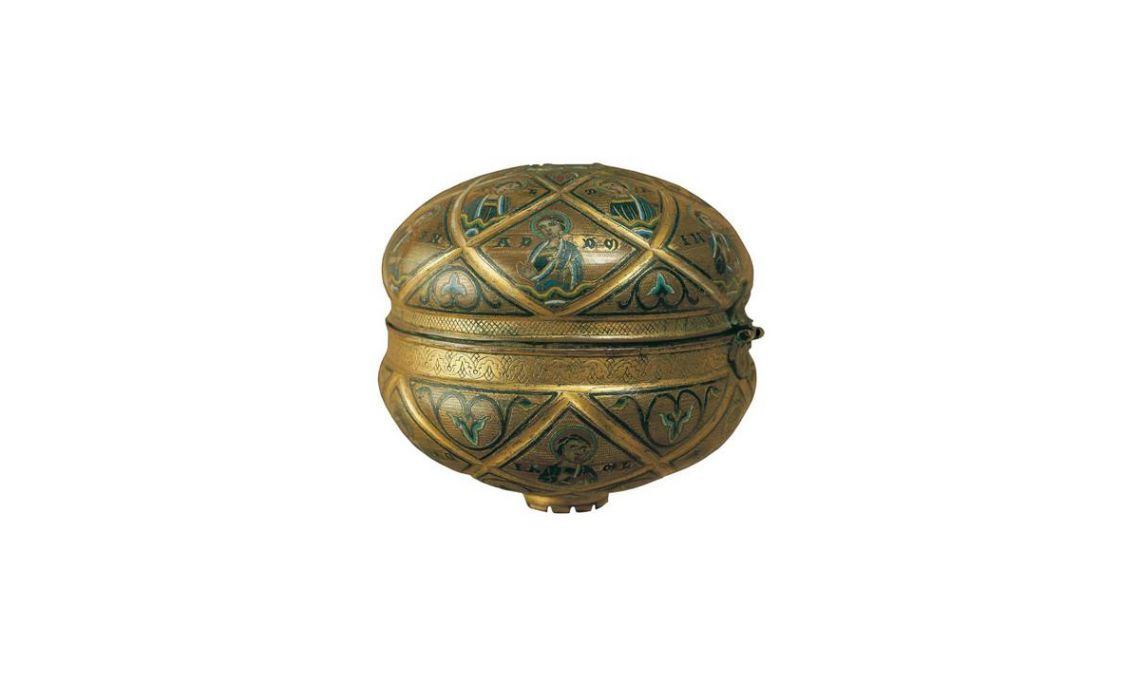 Church rituals and liturgy called for the presence of certain objects such as sumptuous ciboria, which might be silver or gilt and inlaid with precious stones. Many of these pieces, however, were made from more common metals, such as gilt copper, and were often enamelled. Limoges, in the centre of France, was an important centre for the production of enamelled pieces in the Romanesque period, and objects from here have been found all over Europe. The ciborium of La Cerdanya, of which only the central part with two interlocking hemispheres remains, is one of the earliest examples of products of Limoges that arrived in Catalonia, and is an example of the extent to which the reform movements of 1200 had spread.

Twelve of the figures represented, beardless and barely differentiated, have been identified as the apostles (they are holding books), while the other six are regarded as prophets or angels, although they do not have clear attributes.