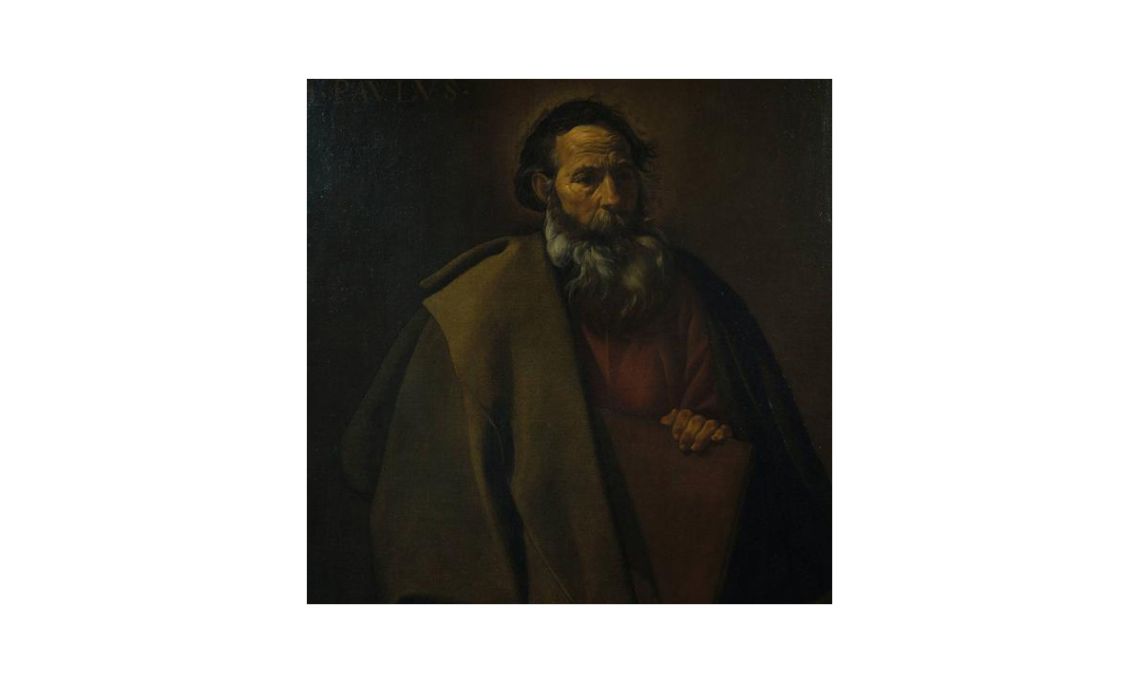 This is an early painting by Diego Velázquez executed just before he entered the service of the Spanish King Philip IV. This work is considered fundamental for the study of the influence of Caravaggio’s Realism in Spain.

The saint, seated, wears a tunic and is covered by a thick mantle. He has dark hair, a greyish beard and a deeply lined face. His sainthood is represented by the halo of light around his head. He holds a book which is an indication of his status as apostle, though possibly also as an intellectual or philosopher, although an inscription in the upper left-hand corner identifies him clearly: «S. PAVLVS».