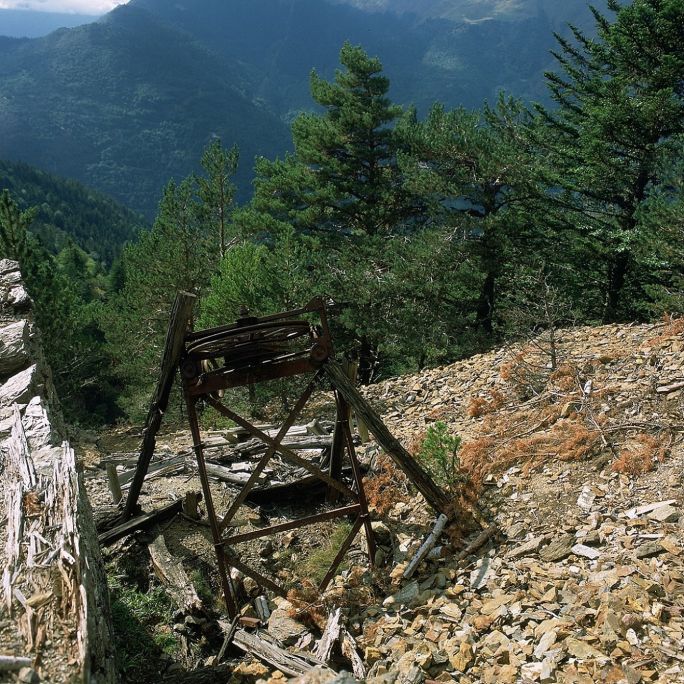 This airborne transport system both took the ore to the washers and brought supplies to the mine. Victòria. Mine Musèu dera Val d'Aran.

The transport system of the ore extracted from the mines evolved over time. At the beginning of the operations, the ore was brought down to the washers by pack animals. Later, chutes, balances and overhead wires began to be built to carry the ore to the lower levels of the operation and finally to the bocard.

The balances were set up as an airborne transport system operating by gravity.

The operation had at least four balances on different levels: Milagro, Desaux, Lavadero and Santa Ana.