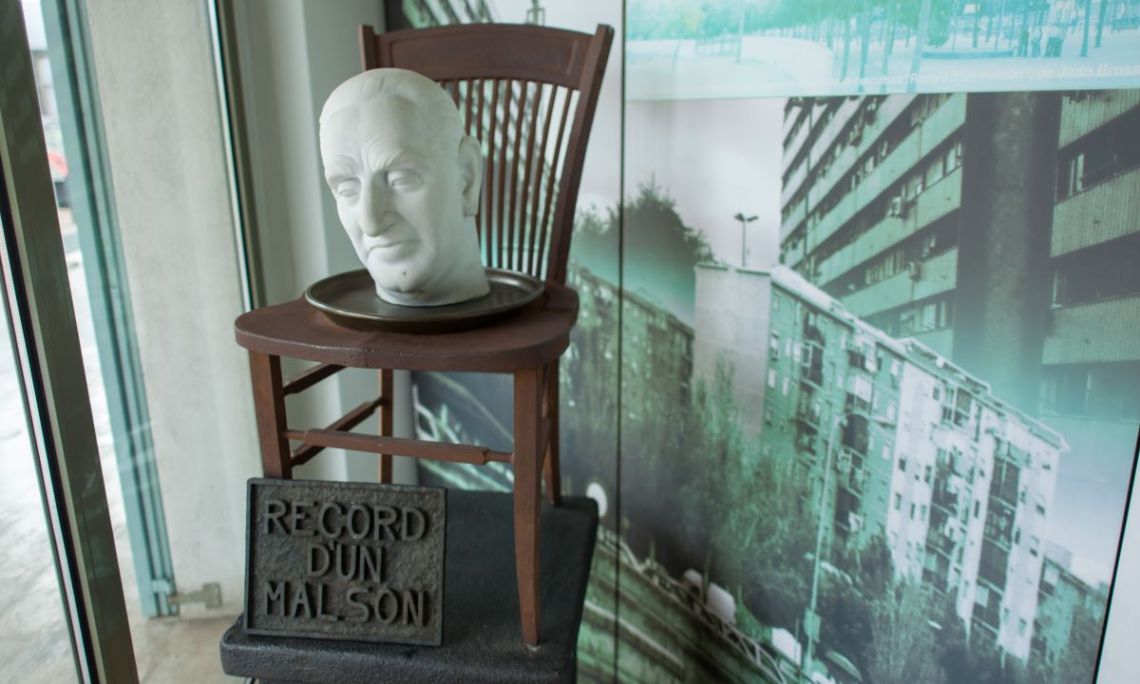 Memory of a nightmare, Joan Brossa, 1989. Museum of the History of Immigration in Catalonia Collection.

Sculpture poem by Joan Brossa, 1989. An iron chair holding a bronze tray with the marble bust of Josep M. Porcioles, mayor of Barcelona during the Franco era, from 1957 to 1973.  This was a period of accelerated urban growth that resulted in the construction of housing estates with blocks of buildings. The neighbourhood of La Mina has been a controversial housing project since its inception, and in this case, a source of inspiration for Brossa, linked to the disputed nature of the scheme.