The end of the Iberian world. Montbarbat 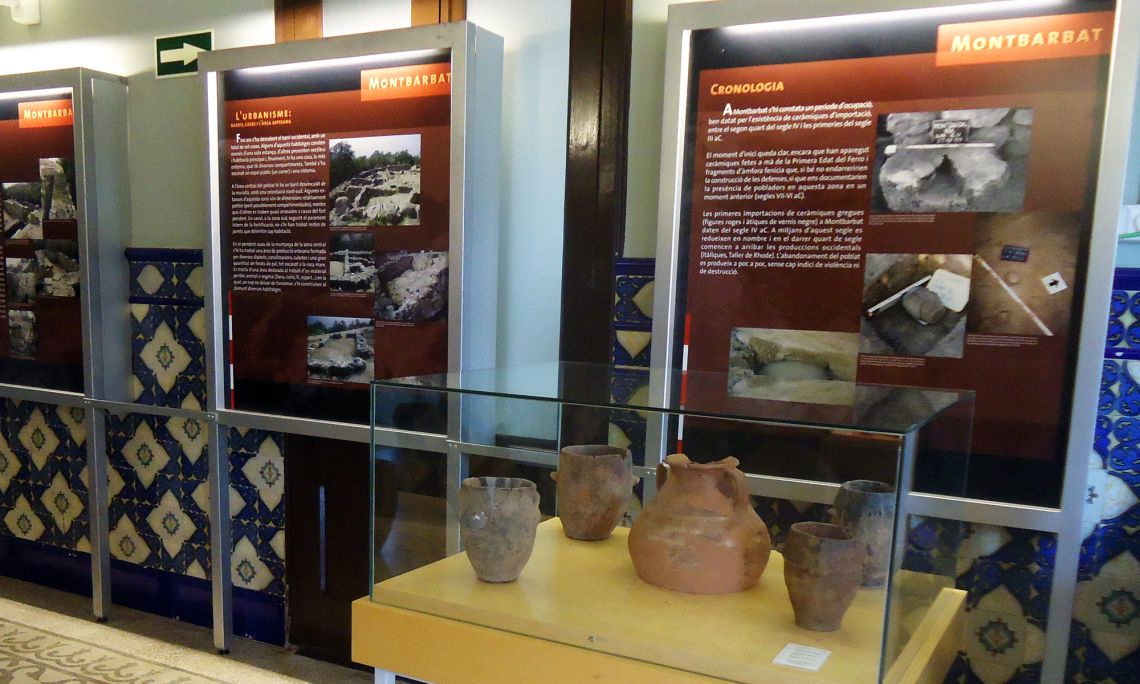 Montbarbat provides evidence of a period of occupation, which thanks to the presence of imported ceramics may be dated back to the second quarter of the 4th and the early 3rd centuries BC.

It is clear when this period began, despite the presence of handmade ceramics from the early Iron Age and fragments of Phoenician amphorae which, though they would not have delayed the construction of defences, serve as proof of the presence of earlier settlers in the area (7th -6th centuries BC).

The earliest imports of Greek ceramics (red figures and black-varnished Athenian ones) at Montbarbat date back to the 4th century BC. In the middle of this century, the number of Greek imports decreased to be replaced by products from the west (Italy, Rhodes) during the last quarter of the century. The village was gradually abandoned, without any sign of violence or destruction.

It may be that this data applies only to the excavated area, which is only a small part of the total the site. There may have been another inhabited area left when this site was abandoned, because the upper strata have yielded fragments of Roman amphorae, of terra sigillata ceramics and medieval and modern materials. 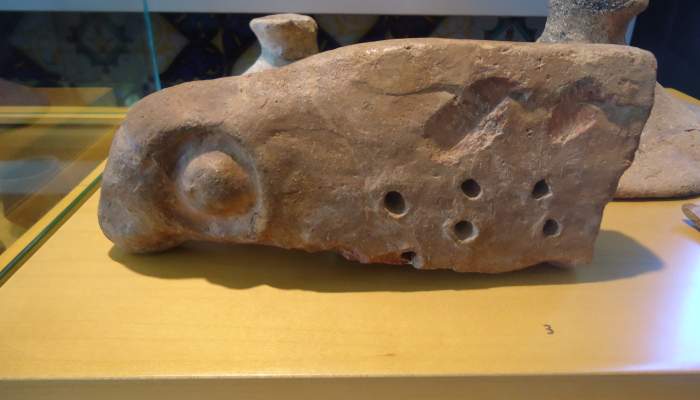 Firedog in the form of a sheep

Firedog in the form of a sheep’s head