The end of the Iberian world. Puig de Castellet 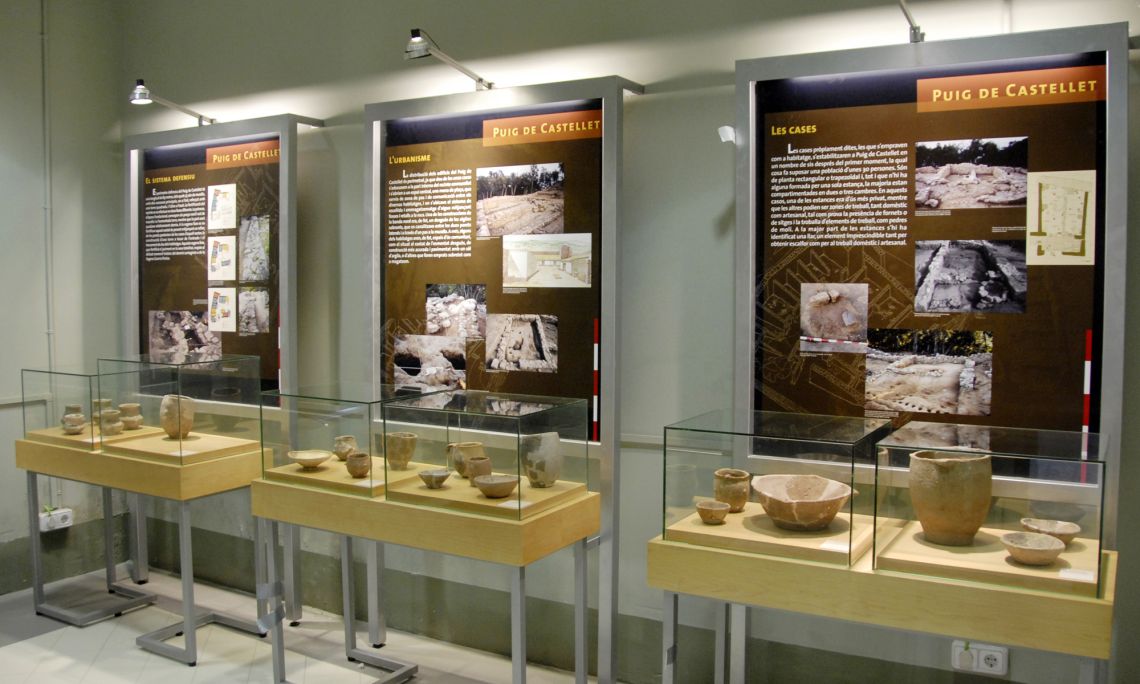 Puig de Castellet is a small precinct of 650 m2 in a more or less pentagonal shape, surrounded by a wall reinforced with towers and consisting of eleven dwellings arranged around the perimeter and facing a central space. It almost entirely occupies a small elongated plateau which is protected from the south-east by the spur which forms the peak of the hill. This peak also hides the village from the sea and surrounding area while serving as a magnificent watchtower. The archaeological material recovered here has allowed us to date the settlement back to the second half of the 3rd century BC, by virtue of which Puig de Castellet may be linked to Carthaginian rule and its rapid abandonment when the new Roman occupation became consolidated. The site may now be visited as a museum.

Biconical vessels of grey ceramic from the Catalan coast