Altarpiece of Sant Roc in the hospital 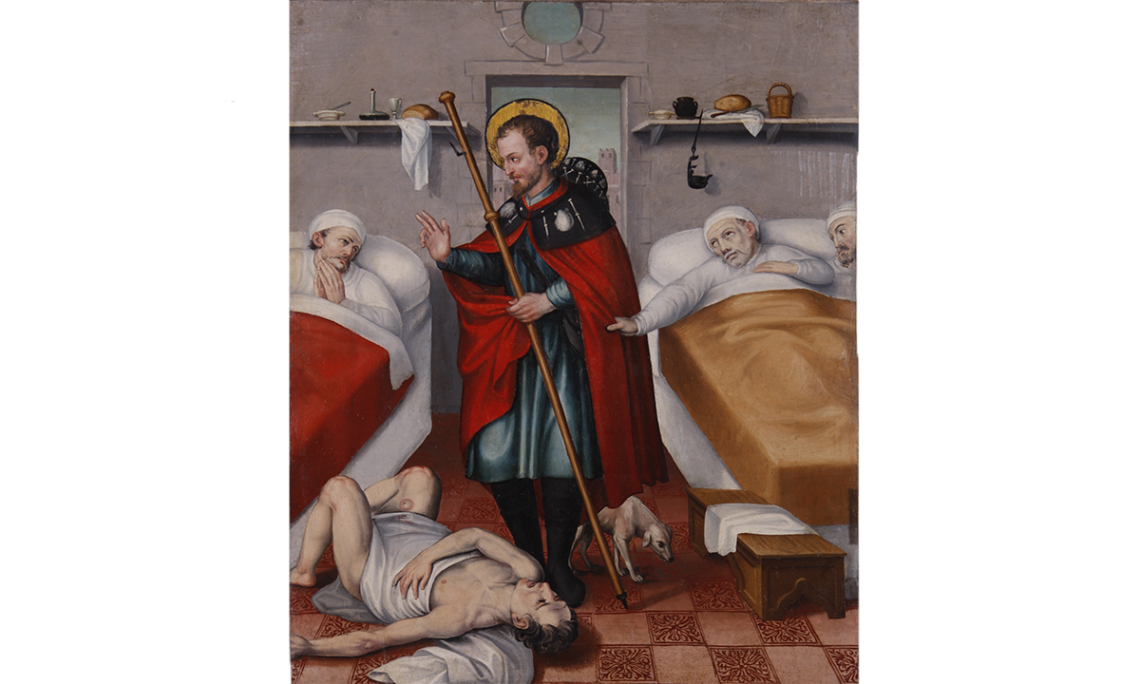 The worship of Sant Roc began in the 14th century, grew in the 15th century and reached the height of popularity in Catalonia in the late 16th and during the 17th centuries.

The 16th-century plague in Catalonia produced thousands of victims. Preventive measures were taken in L’Hospitalet, such as the building of an exterior wall with guards. The veneration of the saint must have become excessive. Thus, in 1589 the Brotherhood of Sant Roc was founded in the cathedral of Barcelona and the devotion resulted in the festival of Sant Roc, which came to an end in the second half of the 20th century.