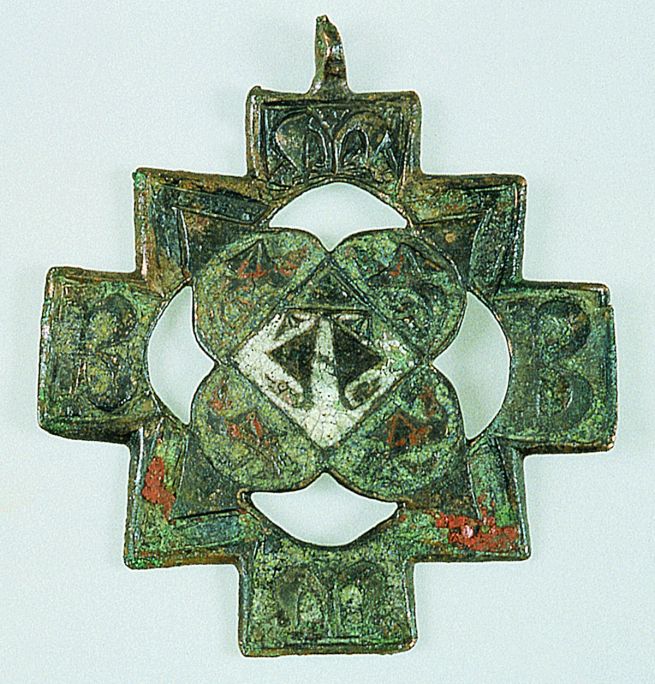 The domus of Olivet, as a fortified house (after the 12th century) of a noble family, had a defensive purpose which could be seen by its tower and personal goods, such as the chainmail suit and spears. The family’s power and wealth were reflected in decorative objects, such as pendants, some of them decorated with enamel, and the horse tack or quality of the table service.

The domus of Olivet is a site of extraordinary archaeological value. Excavated from 1994 to 1999, the materials resulting from these interventions, such as this bronze pendant with a fantastical animal, were deposited by the Generalitat de Catalunya in the Museum of Granollers.