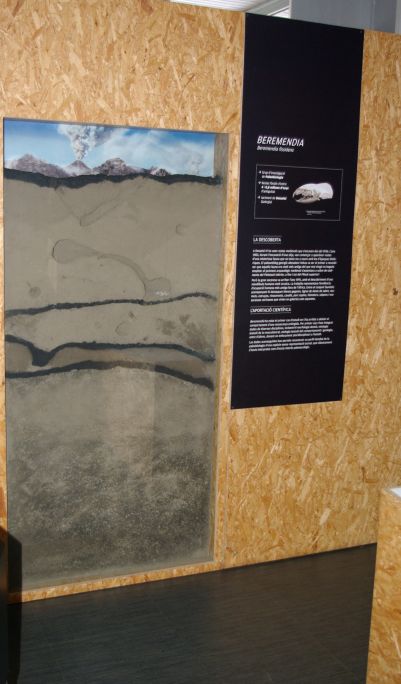 Reconstruction of the lair of the Beremendia fissidens. Catalan Institute of Palaeontology Miquel Crusafont.

In Dmanisi (Georgia) the oldest evidence of human occupation outside of Africa can be found. Among all the accompanying fauna, venomous shrews living in lairs like these stand out.

Beremendia, studied by the Neogene and Quaternary research groups was the first case study in which the behaviour of an extinct shrew has been deduced. In this case, we learned that this shrew injected a poison their prey, not to kill them, but to anaesthetise them, to keep them alive until the time of ingestion. This ensured that their lairs pantry always had "fresh food" in the form of paralysed animals.