Entire skeleton of a Triceratops 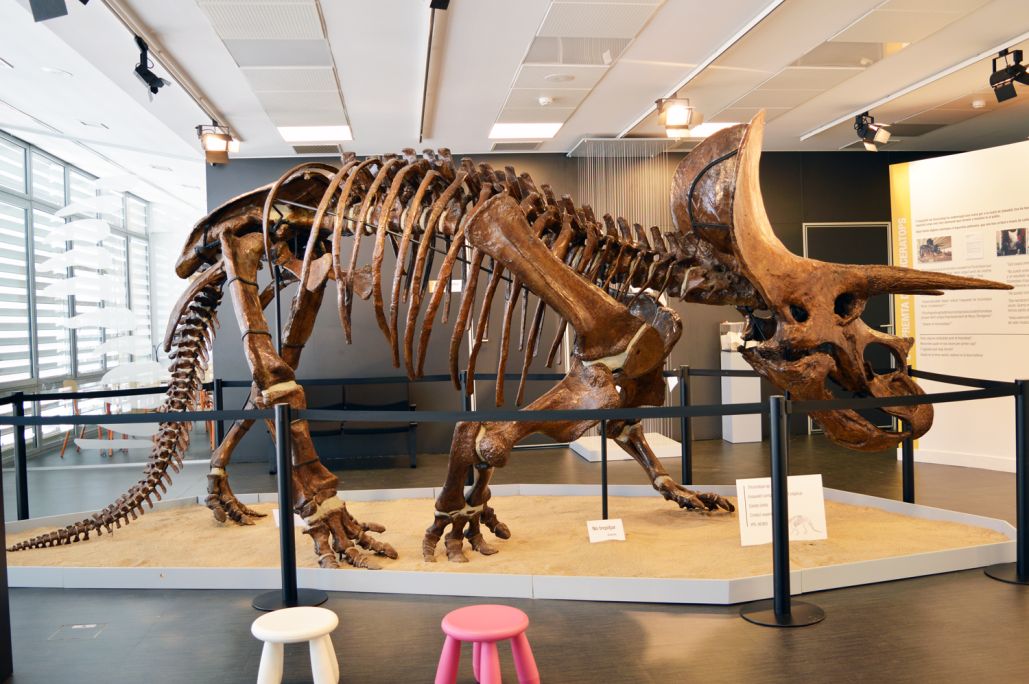 In 2009, when the museum closed its doors to the public to start remodelling the building, it was decided to remove the replica for scientific reasons (it was a replica of a dinosaur that had never lived in Europe) and was replaced by a titanosaurus from the Pyrenees.

But there was a surprise reaction from the museum visitors and, from opening day, the museum kept receiving requests from visitors who wanted to see the skeleton again. Over time, the Triceratops had become an icon of the museum and the culture of Sabadell, so in 2014, we brought it back.