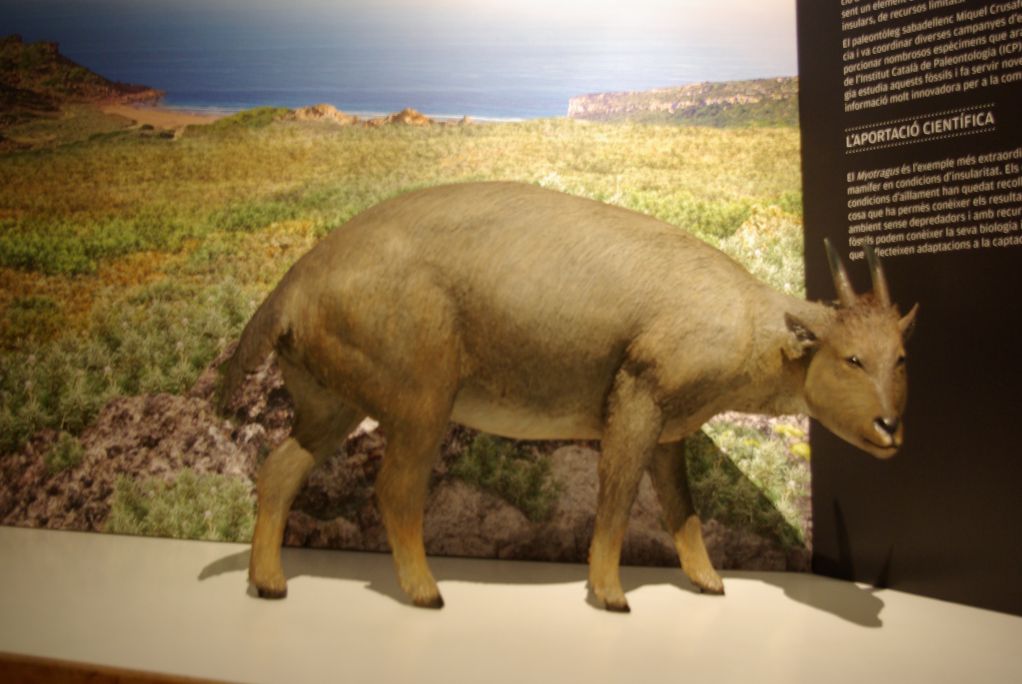 This bovine was discovered in 1909 in Majorca. Years later, Dr. Michael Crusafont organized several excavations in the Balearic Islands, which provided numerous specimens of this animal, which lived between 5 million and 5,000 years ago.

Myotragus, studied by the Evolutionary Palaeobiology research group, is the most extraordinary example of the evolution of large mammals living in island conditions. Over five million years of evolution in isolated conditions, Myotragus underwent changes that especially affected its locomotive system and size, as well as its nervous and digestive systems. Dwarfism and smaller brain size are the most distinctive evolutionary traits observed.