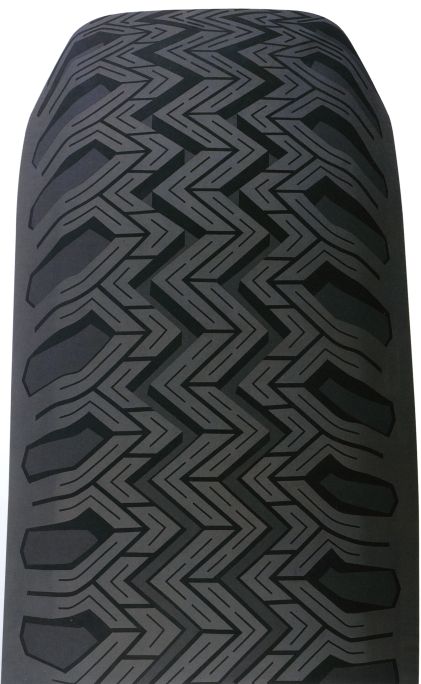 The tendency in the 1960s and 70s to cut out the canvas and stretch it over a frame with the same shape as the image, thus separating the space of the spectator and coming out of the wall in an almost sacralised size, could remind us of a temple apse or an altar. We might then recall the role a tyre has in our society, as an object that enters into contact with the same ground humans walk upon.

These works are part of a movement that arose in the late 1960s, narrative figuration, a variation of New Realism and Pop taking place in England and, later on, the United States.