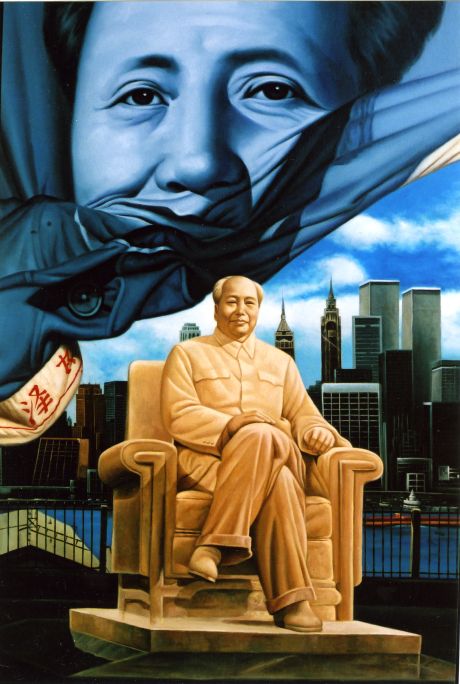 Erró is the artistic name of Gudmundur Gudmundsson (Ólafsvík, Iceland, 1932), one of the founders of “Everyday Mythologies”. The artist gathers together cut-outs from magazines, brochures, posters and newspapers, dealing with everything going on in the world, and passes this information onto his work, interpreting it in a style that evokes illustration techniques, advertising and comics.

Gust of Wind presents a contradiction: the China whose legacy is Mao’s communism buys into the economy of the United States, a capitalist state. Mao appears as a statue and a flag. The scene is in New York, seen from beyond Manhattan, with the Twin Towers in the background, as the work was painted before the terrorist attacks.