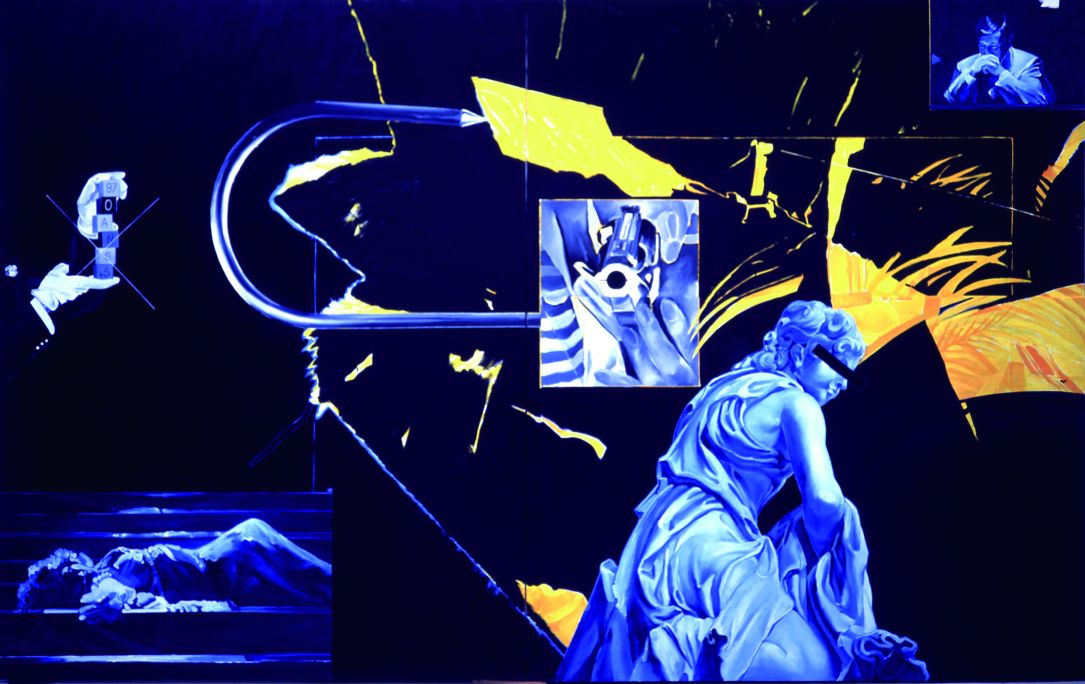 Jacques Monory (Paris, 1924) says that his works are like fragments of film noir.

ANG. Nº 5, ref. 991 is a suggestive and highly troubling piece that depicts a murder. All the action in the scene is directed by a magician, who holds the title of the work, ANG. Nº 5, ref. 991, in his hands like a sort of puzzle to be done and undone as he pleases.

The murder being described is of a woman, in a dark, broken up style derived from both film noir and comedy. To see the work properly there has to be enough space to allow the viewer to move in front of the canvas.