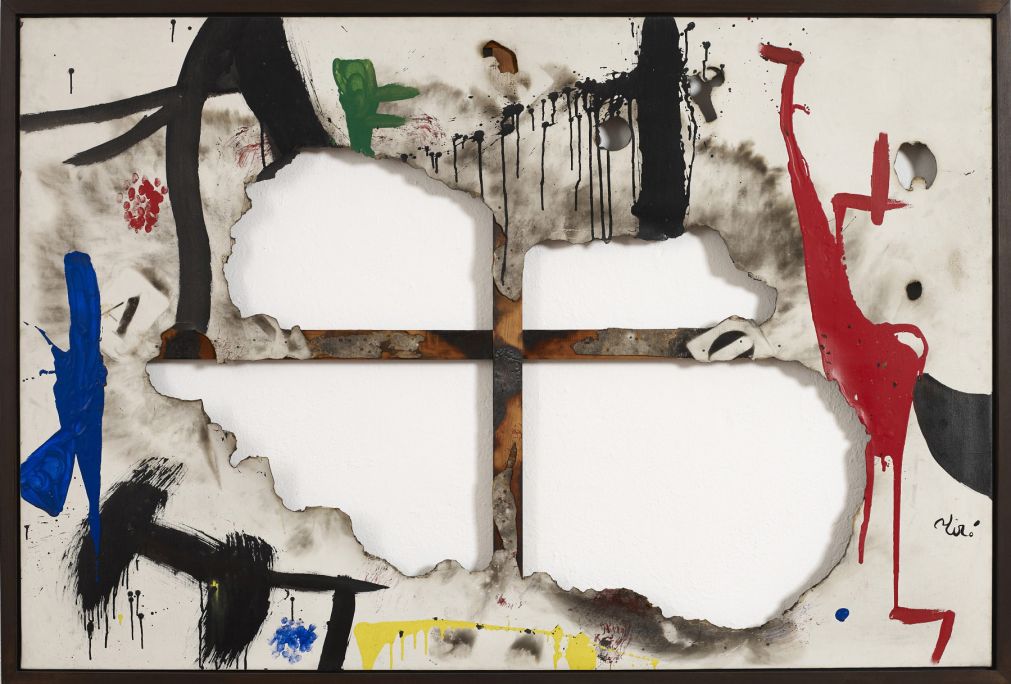 Miró had seen the transformation of matter by the action of fire in his ceramic and sculptural works and decided to try it in paint.

Sometimes he first painted on the blank canvas, other times he drew with a knife, opening gaps, whilie yet other times the fire first attacks the canvas. Miró mistreats the surface, treads on it, applies the torch, tears it with a knife or scissors. He pours fuel on it and allows it to burn slowly. The ashen frame is exposed.

It is his new "murder of painting" at the age of eighty.