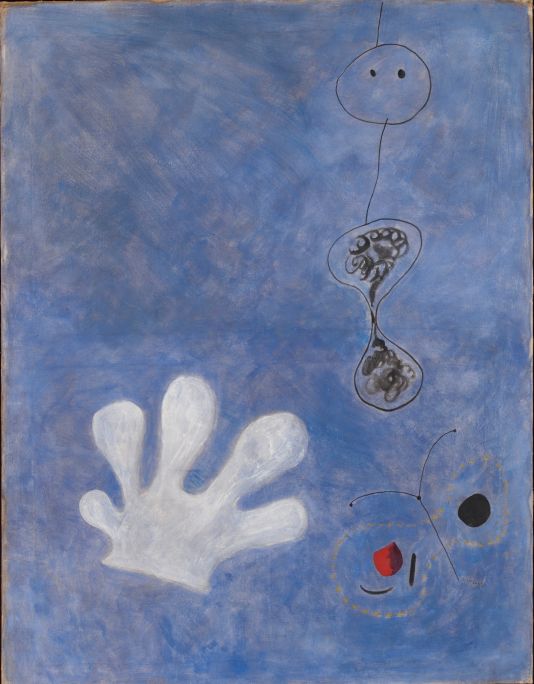 Between 1925 and 1927, Joan Miró made more than a hundred works in Mont-roig and Paris. They are called "dream paintings", and this work is one of them.

In Pintura (El guant blanc) items appear out of context. The language is figurative, but the scene depicted is no landscape or anywhere else, but instead a neutral and monochrome background. Miró rid himself of descriptive detail and creation and became quiet, with just a handful of elements that condense the whole, often enigmatic, meaning, which finds a point of reference in poetic language full of evocations.