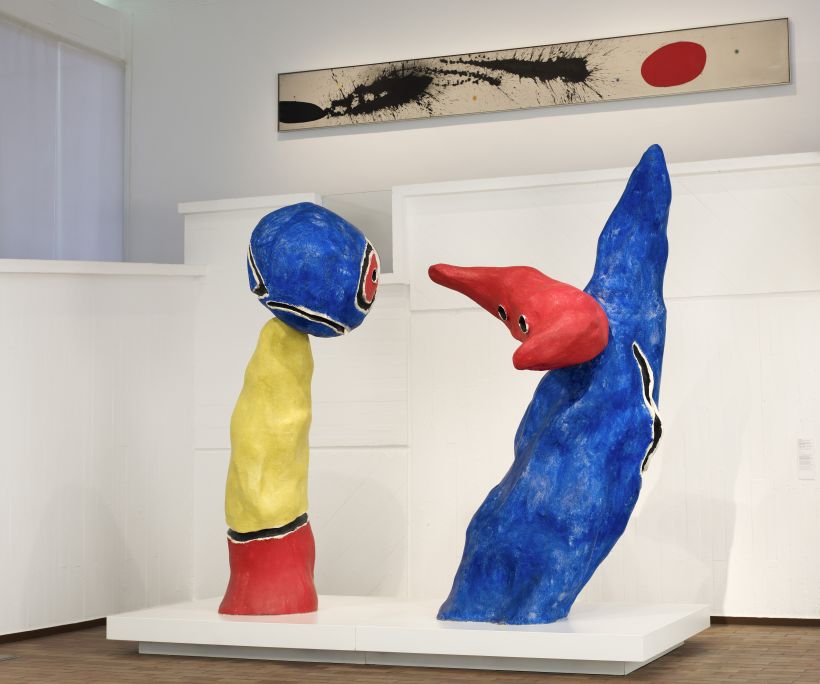 In 1974, Miró was commissioned a monumental work for La Défense, Paris. The piece, four times higher than the model, is situated in a place exclusively for pedestrians and seeks to engage in dialogue with the people, while it also acts as a mediator between the people and the giant buildings with straight lines that surround them.

Ever open to new expressive possibilities, Miró worked with polyester resin, which allows bright and stable colours to be used.

The work depicts two separate figures (a man and a woman). The male figure is vertical with phallic connotations and his head could be associated with the sun, while the woman is shaped like the crescent moon. The assemblage thus alludes to fertility.