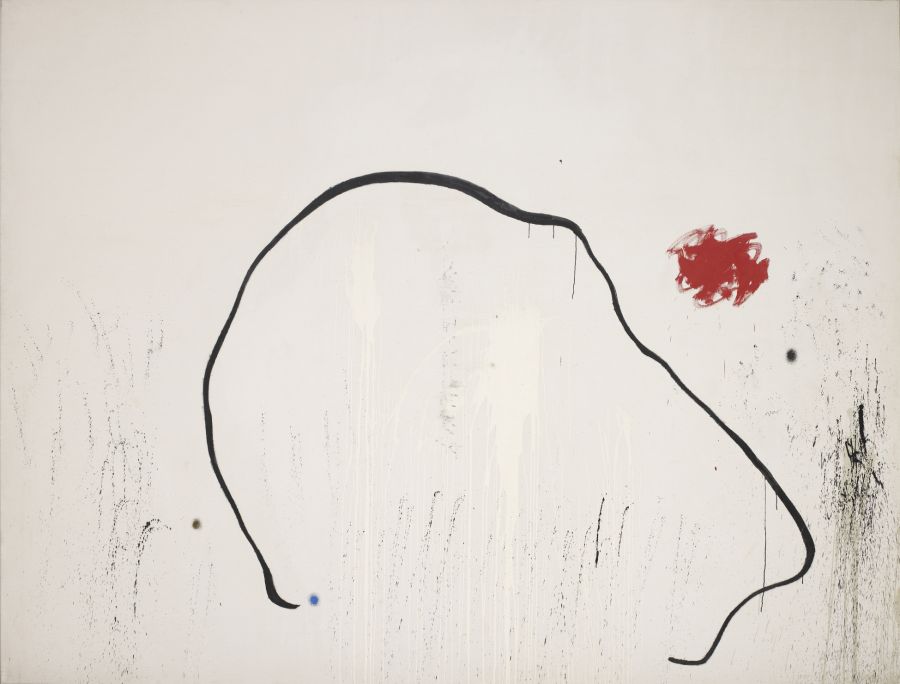 Although the material conclusion of the triptych L’esperança del condemnat a mort dates back to February 1974, Miró did not consider it finished until two months after the execution of the anarchist Salvador Puig Antich in the latter years of the Franco dictatorship.

The triptych seems to come straight out of the one from 1968 entitled Pintura sobre fons blanc per a la cel·la d’un solitari, only here the recluse is already clearly a prisoner.

"It is strange, but significant too, that I finished the work on the same day that the poor boy, Salvador Puig Antich was executed with a garrotte. [...] a black line on a white background, a black line like a thread that someone cuts because it has strength but no mercy. "