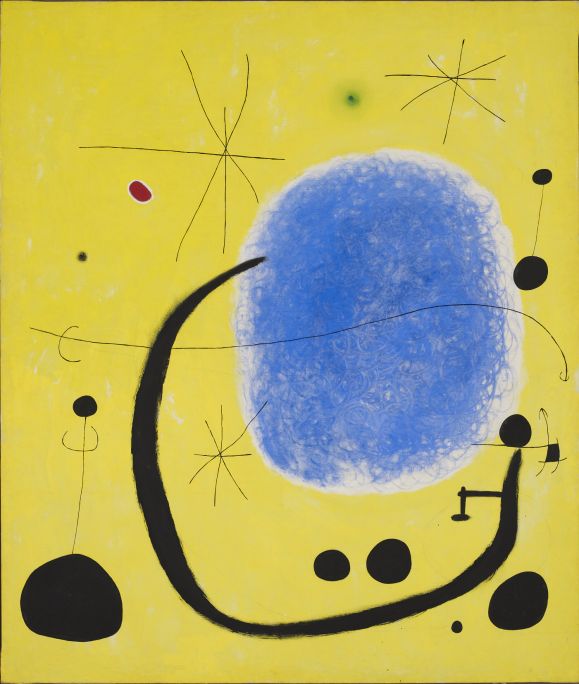 This work shows the force that Miró believed the signs and symbols of the 1940s still had as an expression of his poetic conception of painting. A golden yellow invades the surface and surrounds a large blue curly mass painted directly on the white primer on the canvas. The white around the blue gives luminosity. Stars, planets, the basic configurations of the ineluctable figures (woman and man, the female principle and the male principle) and, above this, an undulating line of bird and horizon contribute to defining this space and offer a new version of Miró’s cosmology.