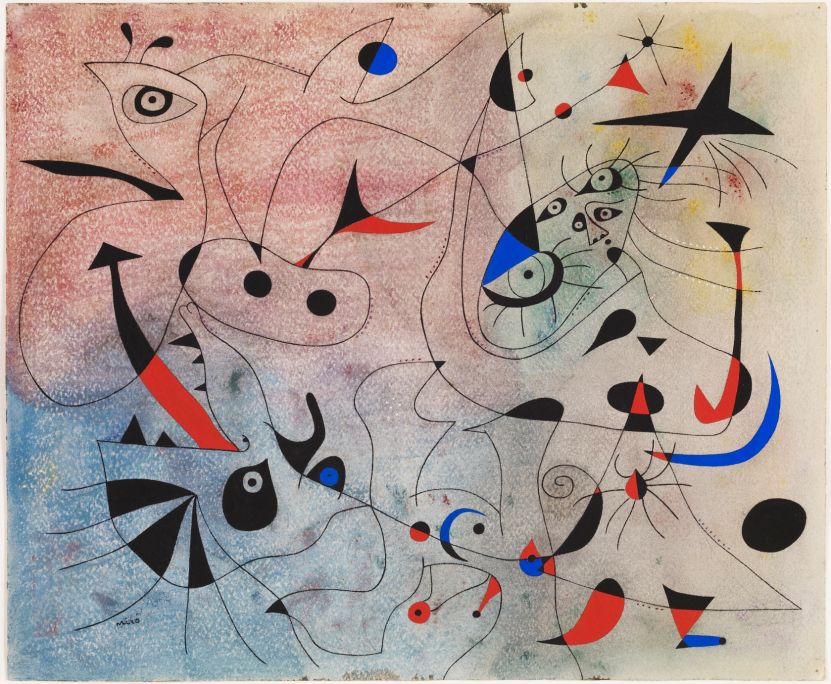 In August 1939, a month before the outbreak of World War II, Miró left Paris and settled in Varengeville-sur-Mer in Normandy. Hence the series of "Constellations", which were later continued in Palma and Mont-roig.

"I felt a deep desire to flee. I deliberately shut in on myself. At night, the music and the stars began to play a decisive role in my painting."

L’estel matinal is part of this series. Technically, Miró started preparing the background on which he improvised a figure that determined the placement of additional figures to fill the surface in a world of beings in communion with heaven.

The characters are transparent. There is no modelling or chiaroscuro, only lines and planes of colour in an undefined space.

The “Constellations” contain the essential vocabulary of signic language that will occupy the centre of Miró’s creation in the ensuing years.