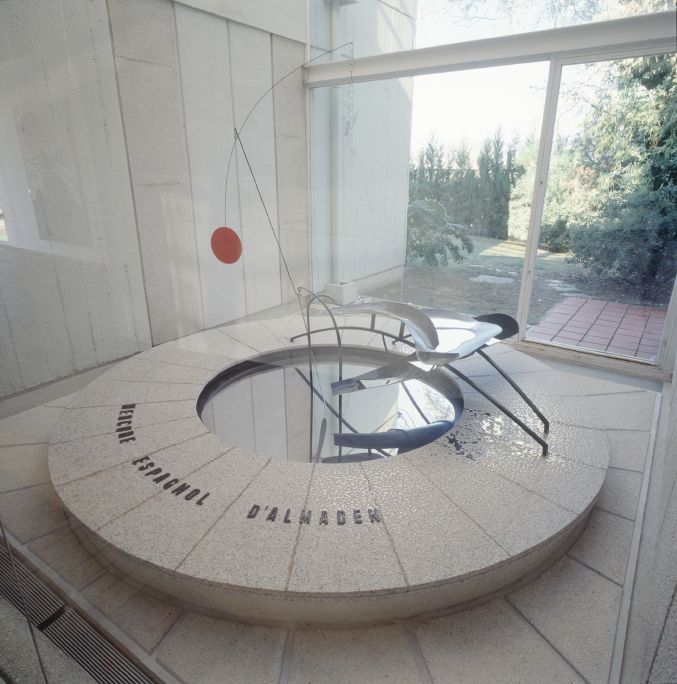 Calder shows a great interest in incorporating movement in sculpture, making him a forerunner of kinetic art.

In this work, mercury acts as an agent activating movement and pays homage to the inhabitants of Almaden, which was hard hit during the Civil War in Spain.

Calder gave the work to the Foundation in 1975, motivated by the close friendship that bound him with Miró.