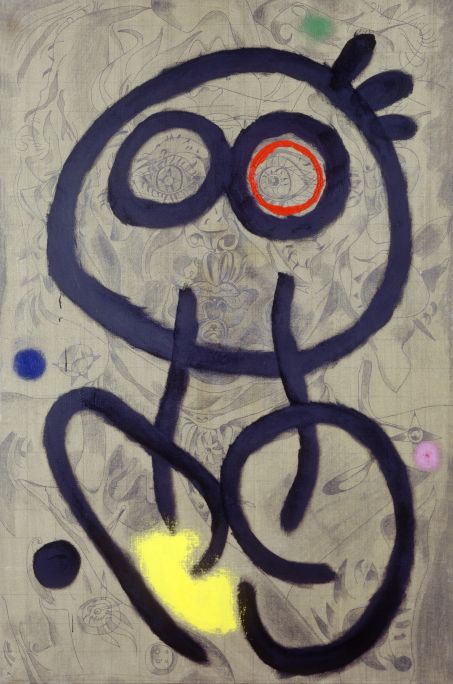 "I took one of those cosmetic mirrors that some people use to shave, put it on both sides, around my face and drew everything I saw, in a very thorough way.”

In 1937, Miró drews his self-portrait, which revealed the symbols of his universe: stars, suns, rainbows and flames.

From the original, now in New York’s MoMA, Miró commissioned a copy of the drawing, which he is forced to leave in Paris when fleeing from France during the war.

In 1956, permanently settled in Palma, Miró decides to revisit his earlier work.

In one box that he opens is the copy of the drawing, above which he makes a second self-portrait, with a quick, black, thick, vigorous stroke.