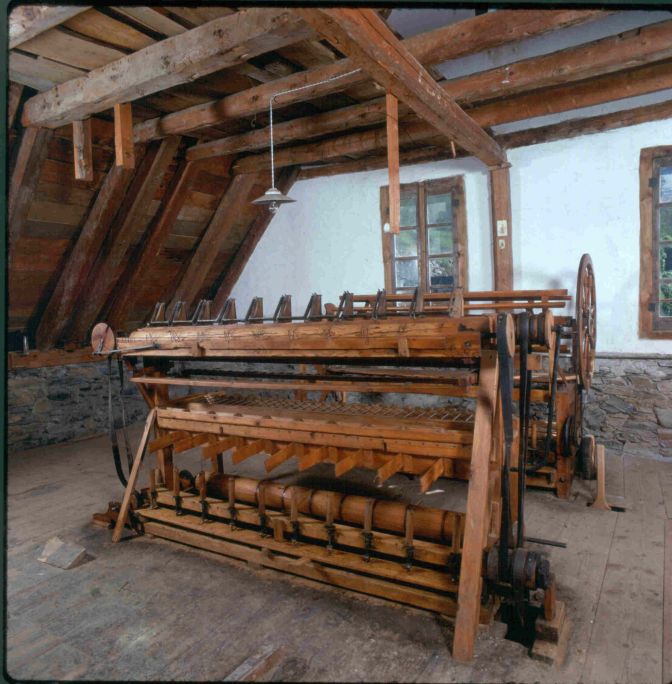 In this machine we can see the handcrafted nature of the early wool industries. Fabrica dera lan (Vielha). Musèu dera Val d'Aran.