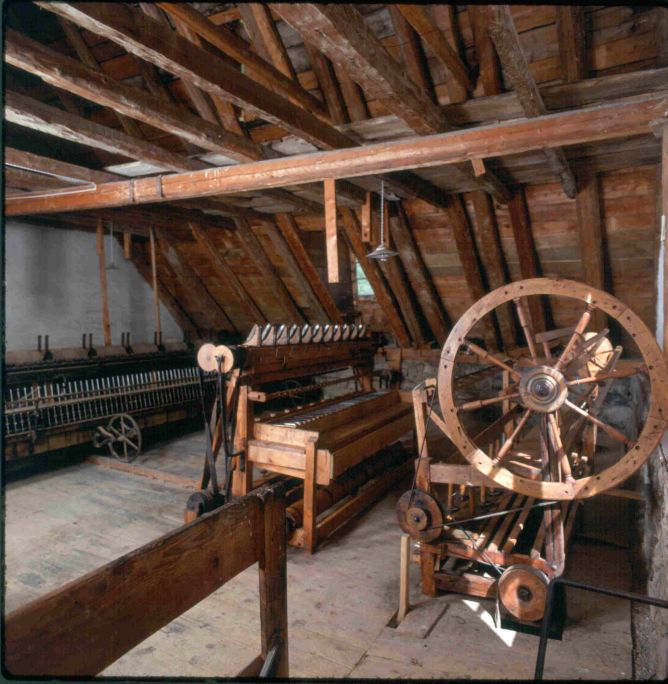 Taking advantage of the height of the roof, on the stands, we find a small humaralet that was used for storage.

Once the wool was carded and the strand made, spinning was the process that shaped the yarn to make the skein that the customer would take away. In the wool factory, this process was performed in the space on the second floor, in the attic of the building.

Three machines shared this place: the mule-jenny, the twister and the skein maker.

The mule-jenny had to fit inside insufficient factory space, so the number of spindles of the original machine had to be reduced.

Regarding the skein colour range, this varied depending on the colour of the wool: white, brown or black. Brown was known as burèu and was highly prized because, when mixed with white, it yielded a wide range of hues. The black was used for mourning clothes, so a small number of black sheep were preserved, although it was considered an unlucky colour.

All machinery in the wool factory was prototypes from mid-19th century France. 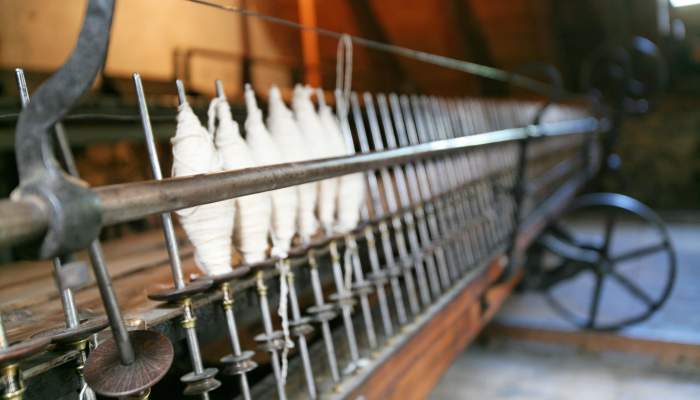 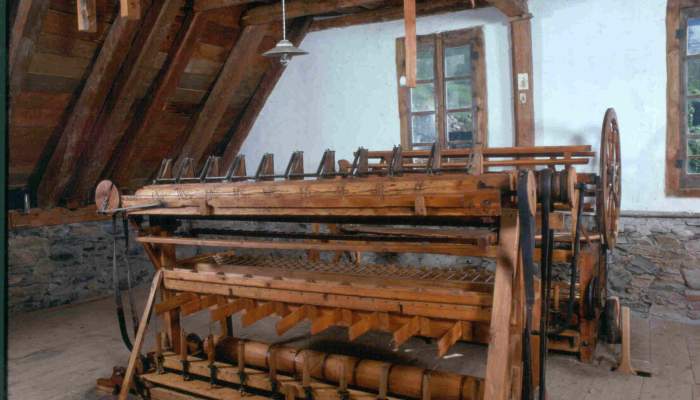 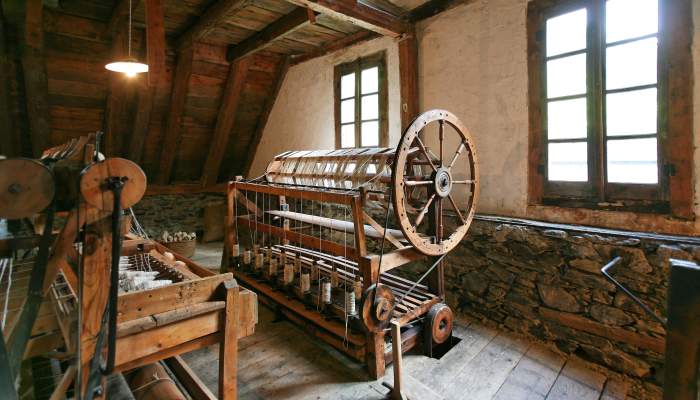