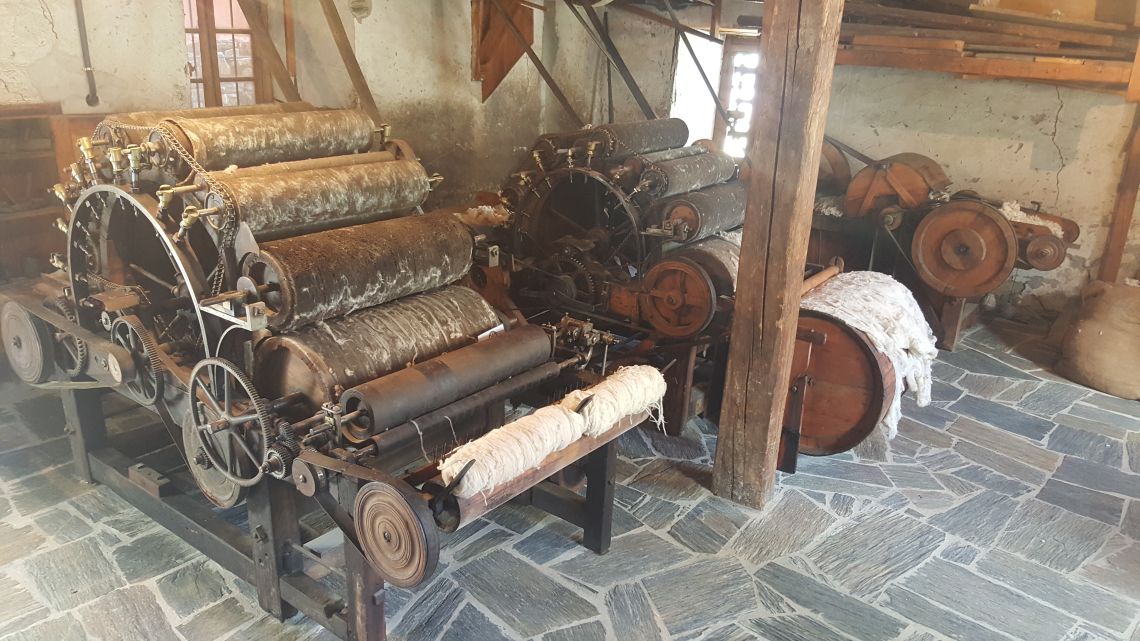 The small workshop on this floor allowed the factory machinery to be repaired.

Until the arrival of the wool mills in Aran (there were two in the late 19th century), the process of transforming the wool to skeins was done in the houses. It was women's work, and they carded and spun the wool in the long hours by the fire, especially during the winter.

This small wool industry was a relief from the housework. The residents of the region brought their clean, dry  wool to the factory. There was it transformed into skeins, and the women could knit clothing or other wool items needed by the family.

Once the wool was at the factory, it was first weighed on a spring balance scale. Then, depending on the amount of wool and the features that the yarn had to have, and on the customers’ needs, the final number of skeins and the price for the work done were given. Thus began the first part of the transformation process, the carding. This was the process of combing of wool to get rid of the knots, and then it was used to make strands of yarn. 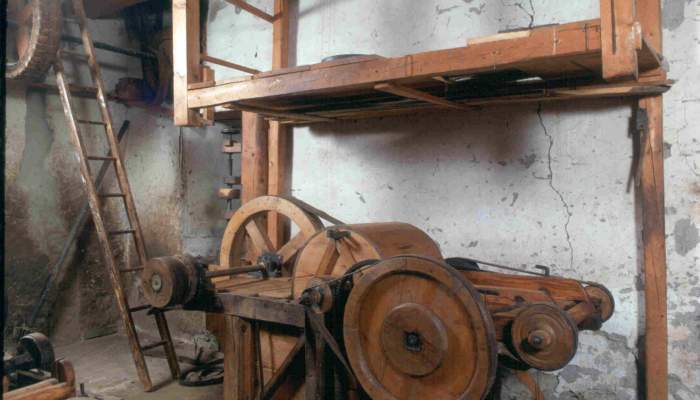 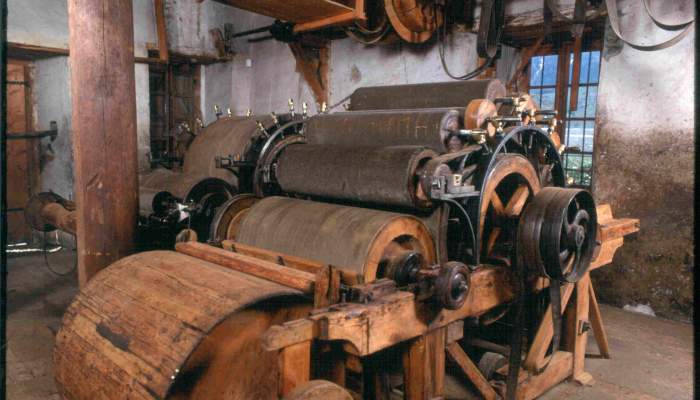 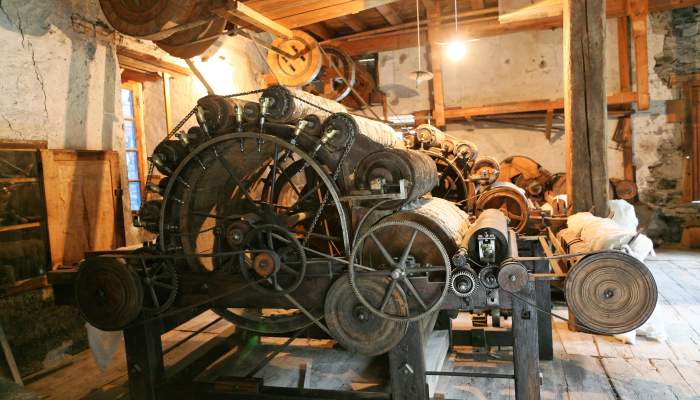