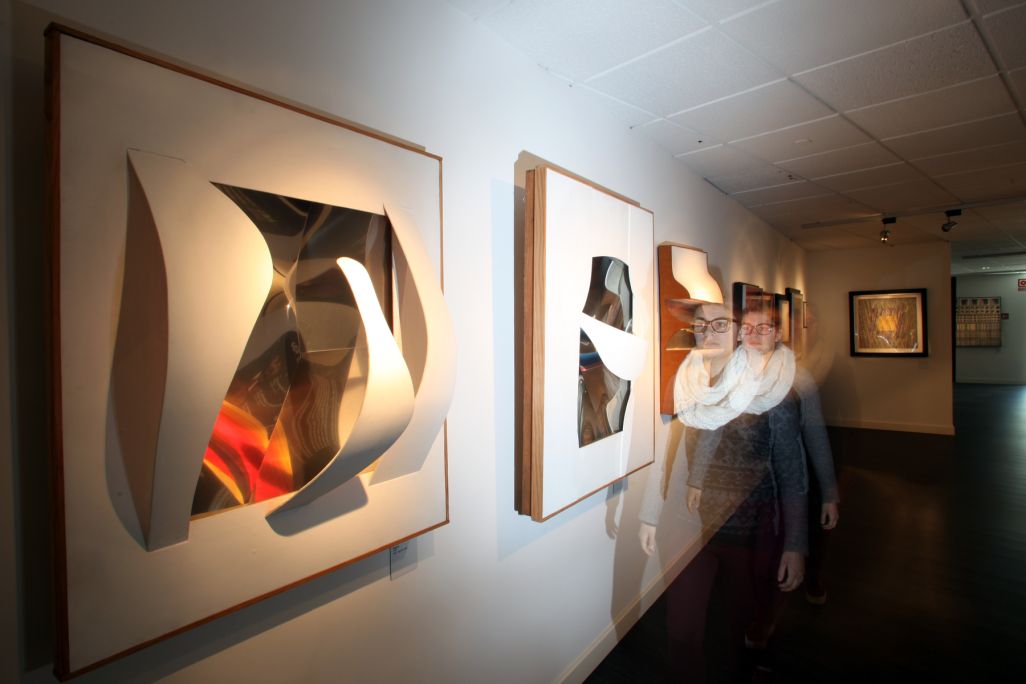 The kinetic period proper was the time of the so-called warped mirrors, a term invented by Alexandre Cirici Pellicer as a reference to these works, most of which were large format, created using distorted structures (hence the name) of steel and coloured panels. The use of these materials was determined by their expressive potential and the interplay between form, colour and space. Polished stainless steel panels offered the possibility to study reflection togive rise to an unusual perception of space. In other words, the idea was to reflect a certain image in corrugated steel, to which painted wooden structures were added to generate effects of colour and relief.

A fundamental influence in the creation of these structures was the exhibition of Michelangelo Pistoletto’s quadri specchianti works made from steel sheets that Pericot saw in the Ileana Sonnabend Gallery of Paris in 1964 and the end of 1967. The reflection effects, both in the works of and in the warped mirrors (surfaces of corrugated polished stainless steel), depended on the movements of the observer. Pericot exhibited them at the first MENTE (Mostra Espanyola de Noves Tendències Estètiques) in 1968.