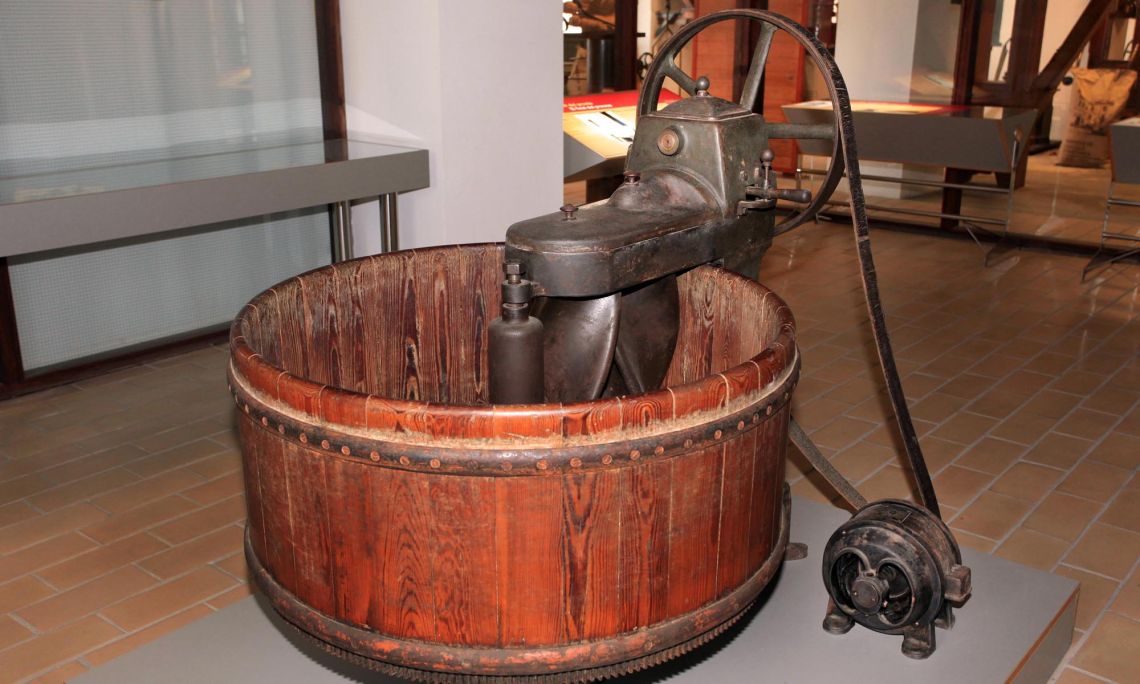 The introduction of a kneading machine was a breakthrough for bakeries, early 20th century. Photo by Manel Puig. Castelló d'Empúries Flour Mill and Eco-Museum.

This machine, produced by Juan Balart in early 20th century, was used to knead the dough to make bread. The wooden bucket turned at the same time as the two helical cylinders, so that the ingredients were mixed and kneaded together to make dough.

The kneading was introduced in workshops in the late 19th century, while the new system for making flour produced more refined white flour, which required a different type of kneading.