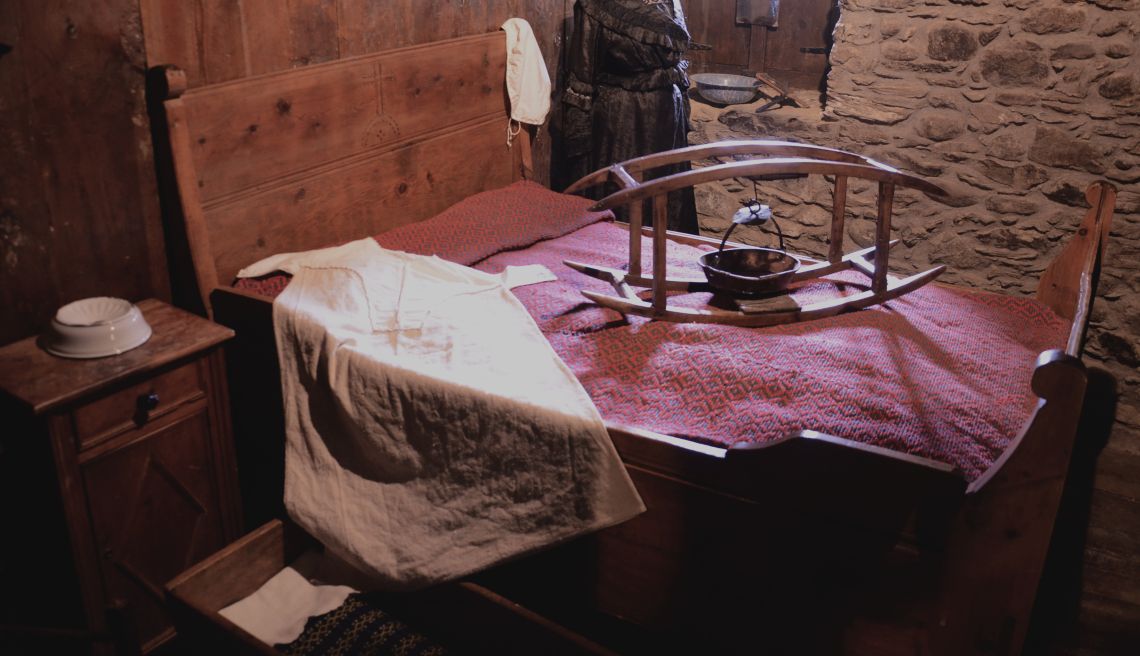 In the same room where you were born, you died.

In this room sons and daughters were born in their succeeding generations, and some of them would die there, too. In the long-respected Catalan tradition of primogeniture, the property was not divided among all the children when the parents died, but went intact to l’hereu, the heir, the oldest son, or la pubilla, the heiress, if there were no sons. The rest of the children would have to find other ways of making a living, such as working for another family in another house, joining the army, learning a trade, becoming a priest or a nun, or pursuing higher studies to get professional qualifications, if the family could afford to pay for them.

In a time when there was no electricity or central heating, they had various ways of heating the bed and the bedroom. The wooden-framed bedwarmer was used to take the chill off the bed itself, while the small glassless window allowed some of the warmth from the open fire to pass through.

The people’s strong Catholic faith and observance is evident all over the house, and particularly in this bedroom, where there is a small statue of the Virgin of Good Births and other religious images, a kneeler, a crucifix and a bottle of holy water. 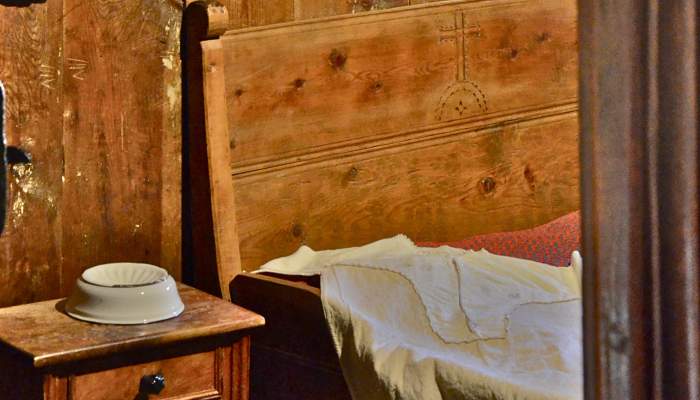 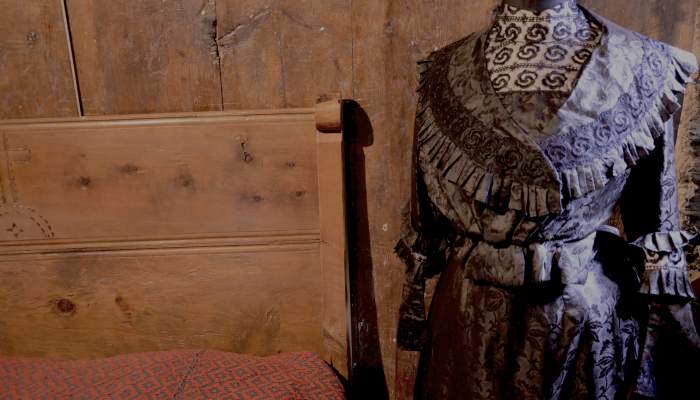