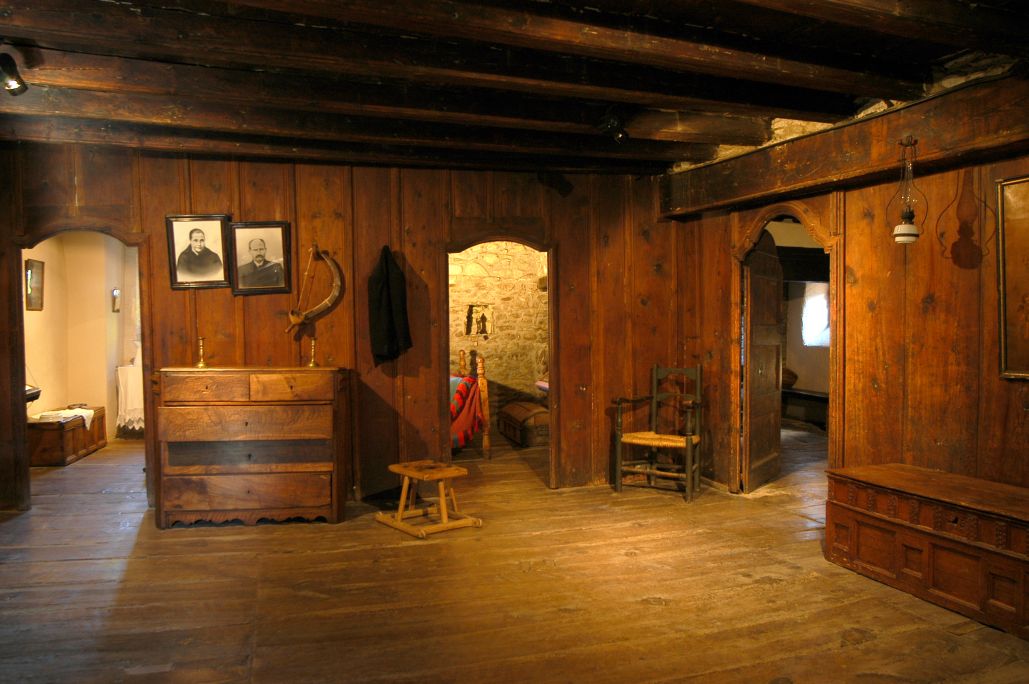 The furniture and other items in the living room, as well as being for everyday use, were also indicators of the family’s social status.

The living room was at the very heart of the house, and the rest of the rooms were disposed around it. This was where they received guests, and where their most treasured possessions were on show: caixes de núvia, (wooden chests for the trousseau a wife marrying into the family), cupboards, a dresser for the best china, glass and tableware, a clock on the wall... Among the ornaments and mementos there are pieces that came from France or Andalusia, showing that a family like the Gassias had contact with the wider world, and that this region of the Pyrenees was not perhaps as remote and isolated in those pre-motorcar days as we have sometimes supposed.

The living room would mostly have been used on special occasions, or when there were guests. The rest of the time the family cooked and ate in the kitchen.

The rest of the rooms on this floor open off the living room. Their floors, ceilings and dividing walls are made of wood, because wood was relatively cheap, coming as it did from the local forests and sawmills. As a light, flexible material it put less weight on the structure of the building, and on the wooden beams. These building methods and the materials that were used were ecological and sustainable long before these terms became fashionable. 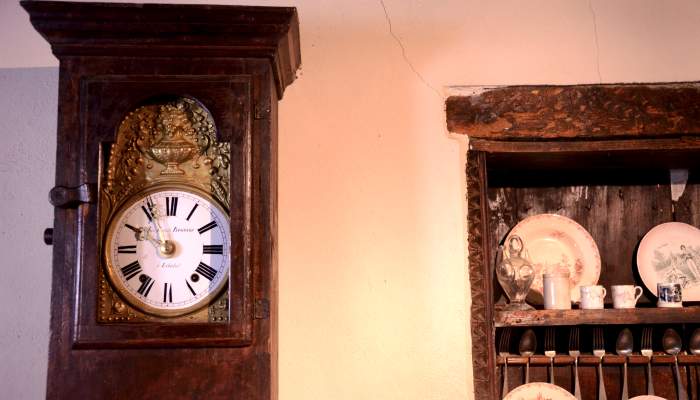 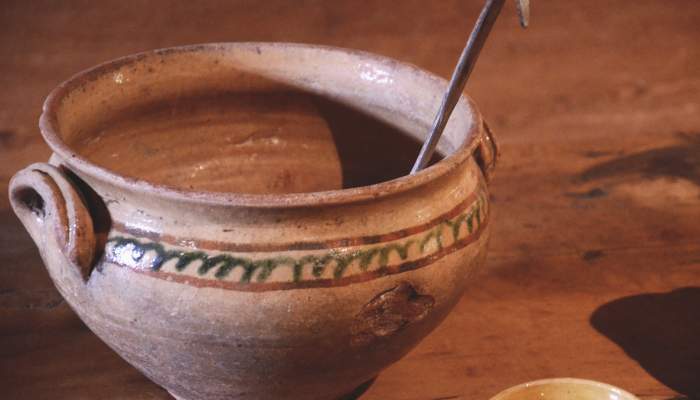