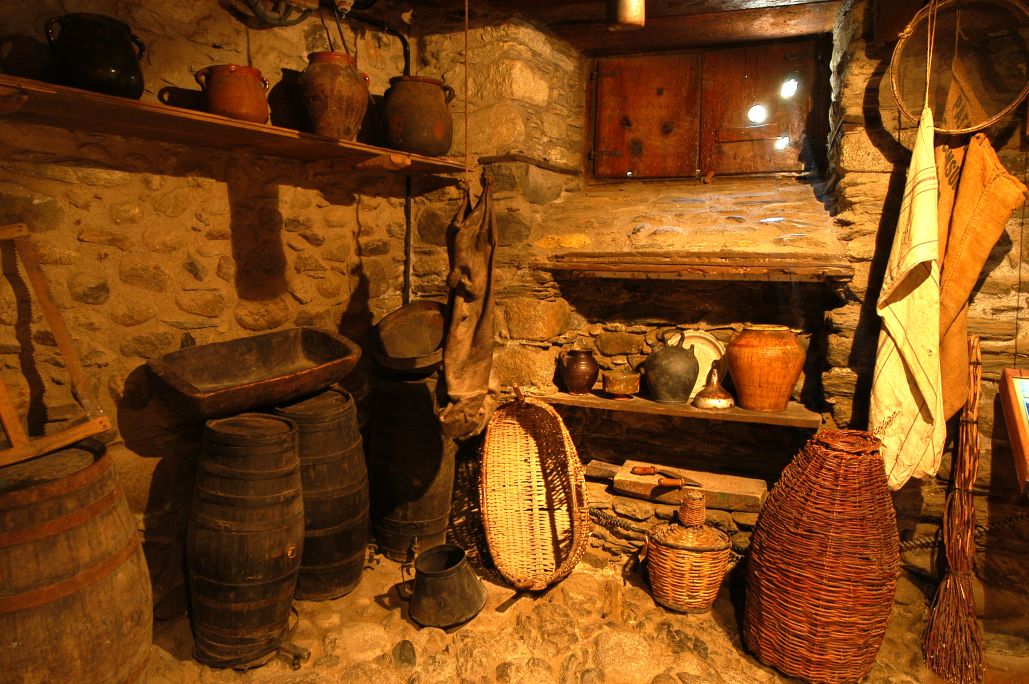 The cellar of Casa Gassia is a larder, perfect for storing food.

The cellar of Casa Gassia is a perfect larder because it is half-sunken below the level of the street outside, receives no direct sunlight, and so is cool, dark and airy, as such store rooms had to be in the days before refrigeration. This is where they kept the harvests, cereals, potatoes, onions, garlic and other vegetables that would last through the long winter, as well as the wine and the hams, sausages and other preserved meats. The cellar was also a handy place to keep the lighter farming and gardening tools.

The calassos, or grain bins, served to keep the wheat and rye dry until it was taken to be ground at one of the local mills. This fresh flour was then baked into bread, or into coca, a flat bread that could be sweet or savoury. Bread, in one form or another, was truly the staff of life here.

In a side room off the cellar there is a wooden loom dating from the 17th century with which they would have woven textiles for their own use, or to be sold locally, or exported to France.

Some of the pieces on show in the museum, such as the bed linen and bedspreads, were made using this kind of handloom. From the end of the 19th century and into the early 20th, woollen mills with industrial looms, such as there was in Rialp, not far to the south of Esterri, would gradually take over from hand-weaving on domestic looms. 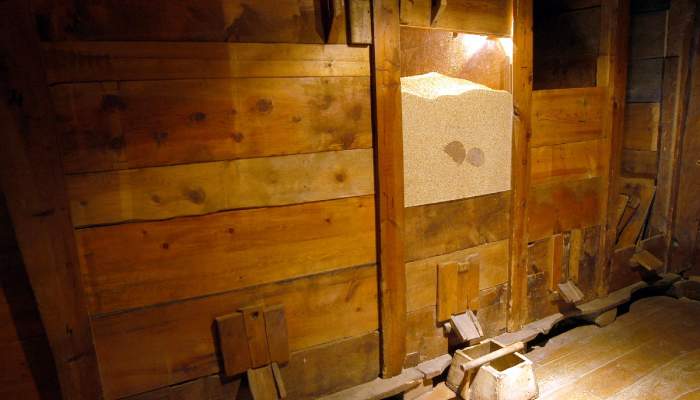 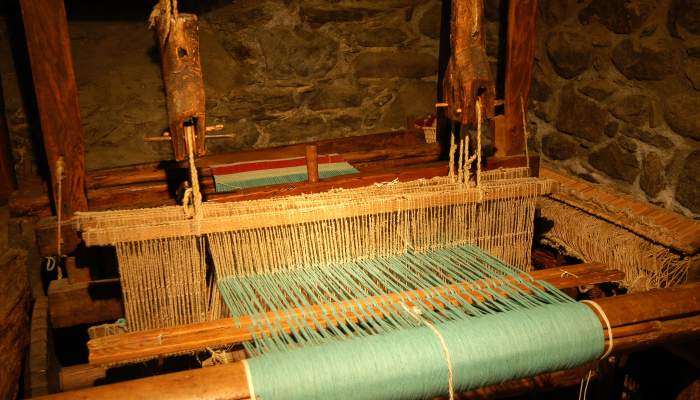