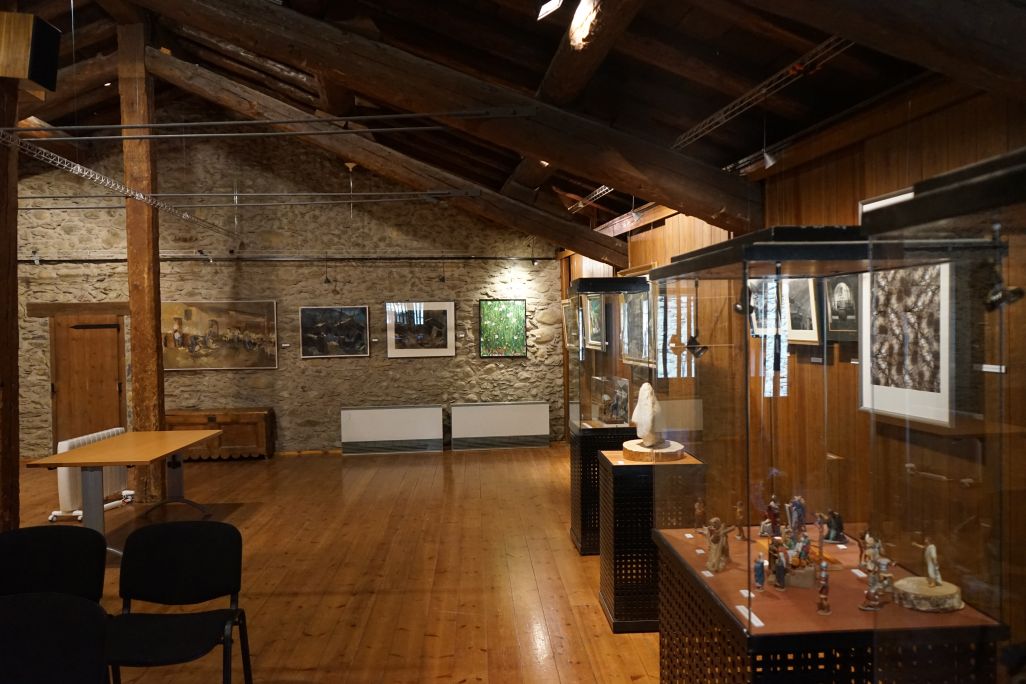 Adjacent to the house is a building that served as both a stable and a barn. It was entered from inside the house with the same door as now. The ground floor was the stable and the place where you are now on the first floor was the barn. At the end of the autumn it was full to the brim with grass and dried hay, which was the animals’ food for during the winter. The wood on the floor did not reach the walls and these holes, which were called traps, were used to send the animals down to the troughs, which were below in the stable.

A large door looks outside, where there was a stone ramp for access. The puiador, as it was called, and the door allowed animals loaded with grass in, where it could unload directly in the barn. The stables were also accessible via a staircase.

With this layout of walkways and openings it was possible to work with the animals without the need to go outside.

Although many of the beams are original, this space required a major restoration. During it the room was adapted so that many kinds of activities could be performed there, including exhibitions, courses and lectures.