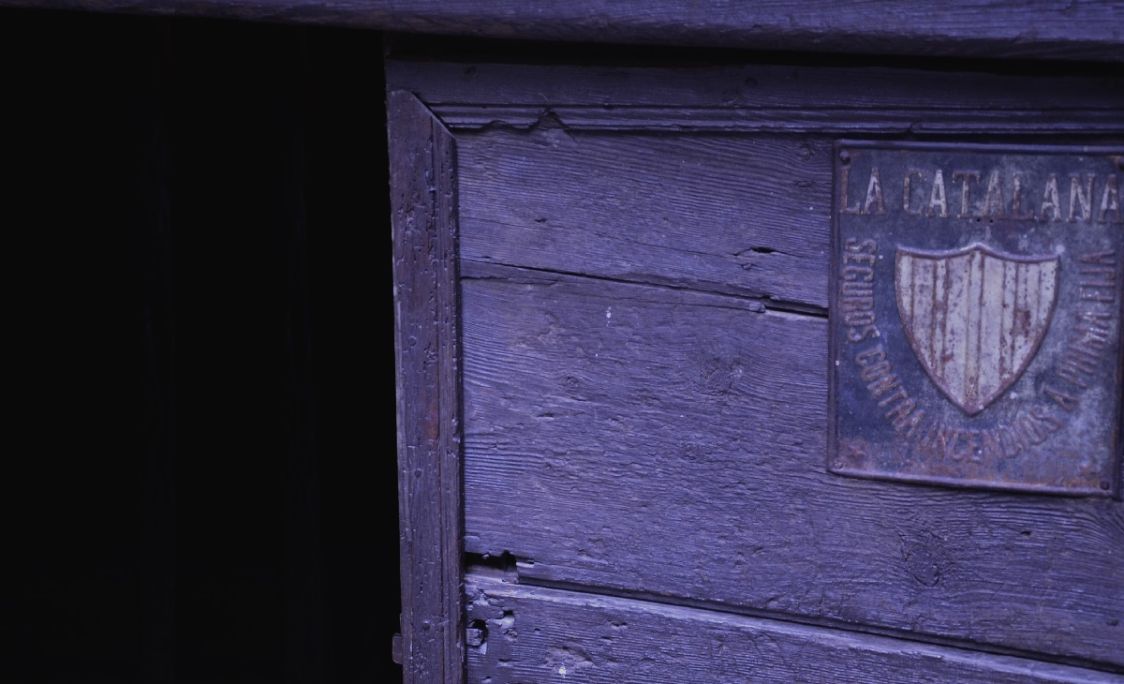 Main entrance to Casa Gassia. Ecomuseum of the Valleys of Àneu.

The big door was solid and imposing, with its two heavy wooden leaves and the blacksmith’s lock. Beside the ceramic tile with the house’s street number, there is a tin shield of the insurance companiy to show that the property was covered against fire, theft and other hazards. There were also other, less official, charms, such as blessed pine branches, or the big starburst of a thistle called a carline (Carlina acaulis) that was said to show when it was going to rain by folding up its flowerhead.

Nowadays we have to step down to enter, due to the level of the street having been raised when a modern water and sewage system was installed and the street was repaved above it.