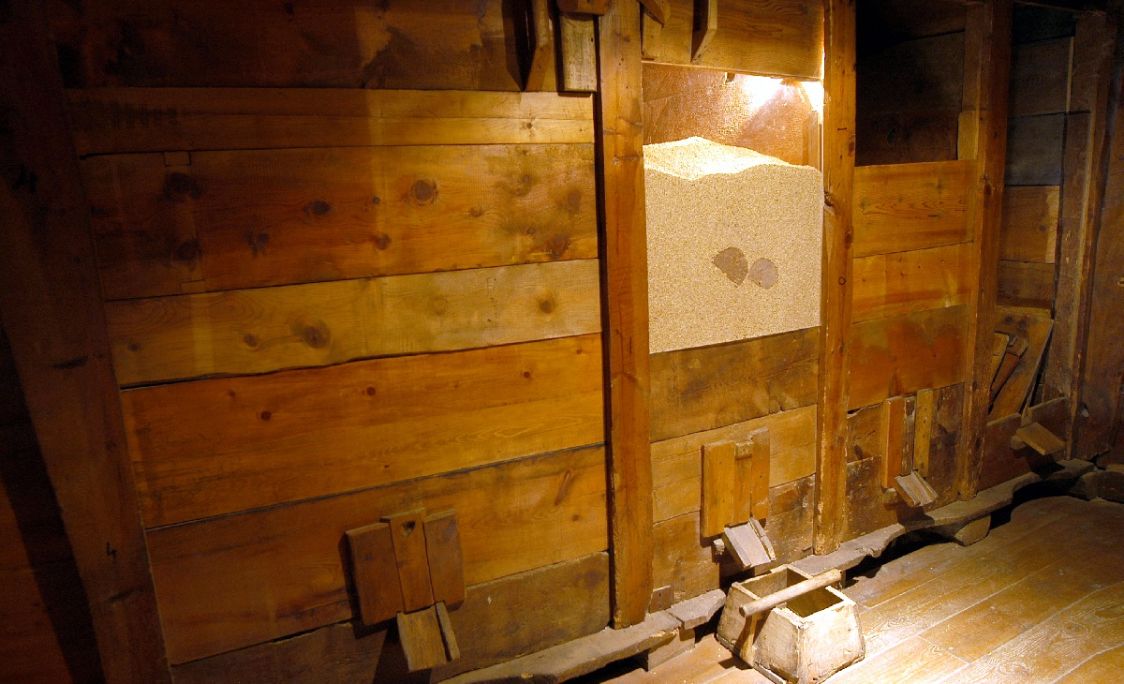 Cheeses were kept in the relative humidity of the cellar to stop them from becoming too dry, so that they would keep longer. Ecomuseum of the Valleys of Àneu.